As Africa Climate Week begins, Dedo Mate-Kodjo, WaterAid’s Pan Africa Programme Manager, and Caroline Maxwell, WaterAid’s Advocacy Advisor for Water and Climate, set out what political action is needed to make sure African countries can cope with the effects of climate change.

Africa is the most exposed region to the adverse effects of climate change, despite contributing the least to global warming. The entire continent accounts for less than 4% of total global carbon emissions (PDF) but is home to 33 of the top 50 countries most vulnerable to climate change.

This year’s Intergovernmental Panel on Climate Change report shows a clear link between climate change and water. It also makes a stark warning that urgent action is needed to tackle the dangerous effects of climate change, felt most often through water: flooding, droughts, unpredictable weather patterns, pollution and increasing salinity of water sources from rising sea levels. Just last month, the UN declared that Madagascar is on the brink of the world's first "climate change famine".

But coping with the extremes of climate change is not the only challenge. Almost 1 in 3 people in Africa live without clean water close to their home, meaning that many still depend on surface water – such as rivers and ponds – for drinking, washing and cleaning. These sources are often unreliable and easily contaminated, leaving people vulnerable to waterborne diseases such as cholera.

We need urgent action to make sure that the most vulnerable communities in Africa can cope in the face of climate change. This means that everyone must have a reliable and sustainable source of clean water, and access to a toilet that is clean, safe and resilient to the effects of our changing climate. 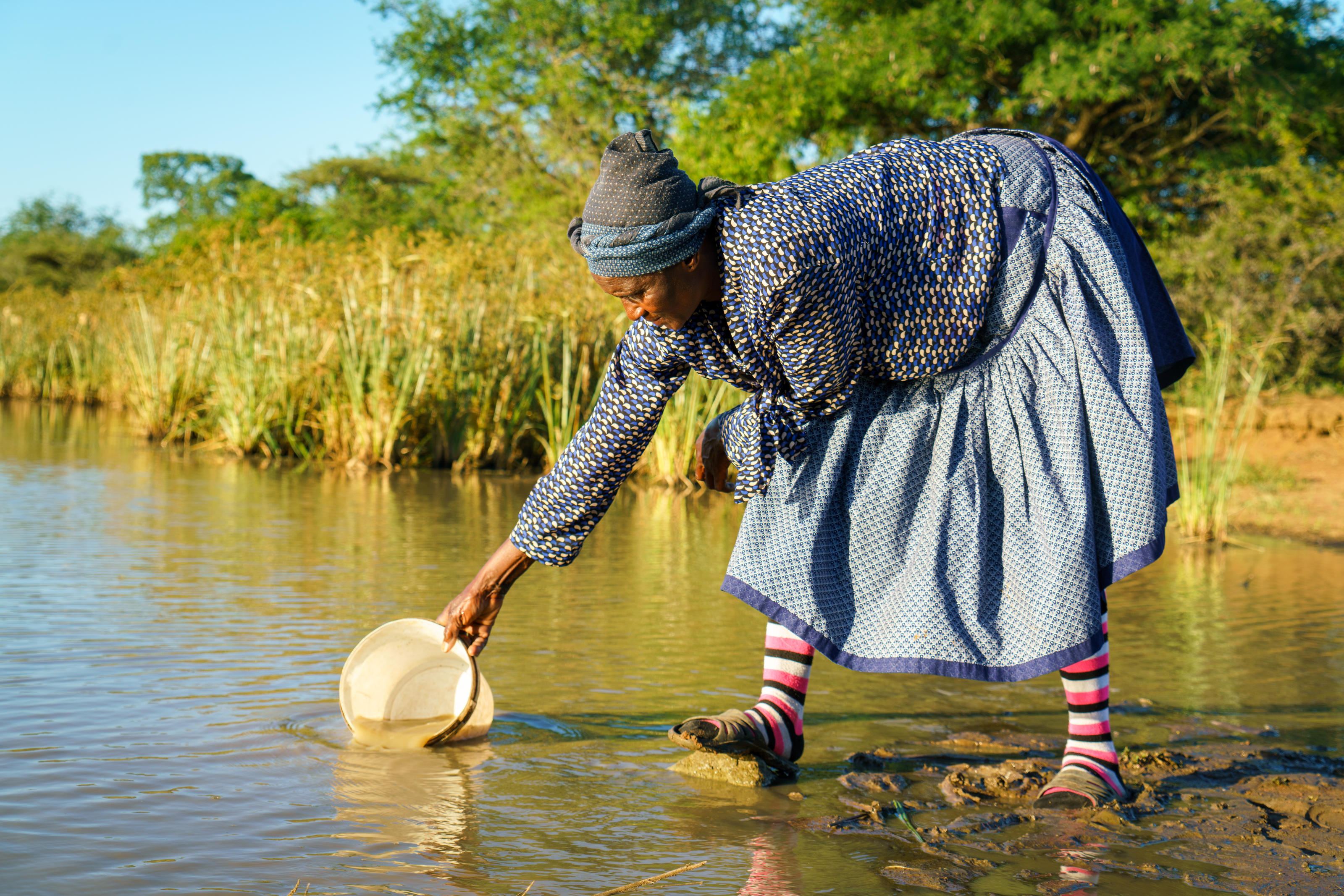 Ahead of COP26 in November, leaders from the public, private and academic sectors are all adding their voices to calls for action on water and climate, something which will be crucial to the success of the summit.

But before we reach COP26, Africa Climate Week 2021 – with its diverse range of stakeholders from civil society, governments and donors – will build momentum towards ambitious political action. The virtual sessions of the Africa Climate Week, hosted by Uganda and the UN, aim to explore climate challenges and will provide opportunities to showcase ambitious solutions.

The lead-up to COP26 is also an opportunity for African countries to prepare their Nationally Determined Contributions (NDCs)– national climate plans which must include commitments for climate-resilient water, sanitation and hygiene services.

Achieving these national climate plans will require significant financing from donors, which must be easily accessible to African countries – particularly at the community level – to use to adapt to climate change. At present, only 5% of total global climate funding (PDF) is spent on helping countries adapt to the changing climate, and that money is not targeted at vulnerable communities. Indeed, some of the most climate-vulnerable countries only receive $1 per person, per year to invest in water resources and services. This level of funding is a completely inadequate response to the growing crisis and to the critical need to begin adaptation initiatives now to build resilience for the future.

New estimates analysed by Vivid Economics and WaterAid show that investments in clean water, sanitation and hygiene (WASH) provide benefits 21 times greater than their initial costs. Therefore, we know that climate-resilient WASH should not only be part of how communities adapt to climate change but will ensure that future spending can address other climate issues as they arise, instead of paying for poor past choices.

At Africa Climate Week and COP26, WaterAid will advocate to national governments, regional donors and institutions of the value that climate-resilient WASH brings to climate adaptation. We will also advocate for the funding needed to make climate adaptation sustainable and resilient, particularly through the Resilient Water Accelerator.

Above all, governments must urgently address the effects of the climate crisis, and ensure that long-term access to clean water, sanitation and hygiene is a fundamental part of their national strategies for both adapting to and mitigating the effects of climate change.

Climate change threatens us all. Investing in resilient water and sanitation is more important than ever

Global Handwashing Day: a chance to seize political will and fund hand hygiene for all