How can midwives be expected to deliver quality care without clean water?

That’s the question we’ll be discussing from 18-22 June, when 4,000 of the world’s midwives and other health practitioners and policy-makers gather at the International Confederation of Midwives Congress in Toronto, Canada. Dan Jones, our Global Advocacy Coordinator, calls for action.

Speaking as a health professional, I am deeply concerned that many healthcare facilities still lack access to even basic water, sanitation and handwashing facilities.

So said Dr Margaret Chan, the now-former Director-General of the World Health Organization. Now we hope that water, sanitation and hygiene (WASH) in healthcare facilities will be seen as a core part of the agenda of newly-elected Director-General Dr Tedros Adhanom Ghebreyesus. The former Foreign and Health Minister of Ethiopia has said that the drive for UHC – Universal Health Coverage – is his top priority. We hope his leadership on UHC will recognise that the goal of quality healthcare for all will remain an impossibility while 42% of healthcare facilities in Sub-Saharan Africa are estimated to be without access to a basic water source.

I write this while making final preparations to join colleagues from WaterAid Canada and Tanzania to attend the International Confederation of Midwives (ICM) Congress in Toronto, Canada. The ICM supports, represents and works to strengthen professional associations of midwives throughout the world. Together these associations represent more than 300,000 midwives globally. The ICM Congress is held every three years, with this year 4,000 people from 130 countries participating. WaterAid are delighted to be taking part in the ICM Congress as a Friends Sponsor and Exhibitor, as well as leading the organisation of a Plenary Partner Panel.

A Healthy Start for everyone

Last year ICM and WaterAid, together with the Commonwealth Nurses and Midwives Federation and the Healthcare Information For All network, launched our Healthy Start campaign for health professionals, calling for quality healthcare for all by 2030. Achieving the global goal of WASH for everyone, everywhere will be fundamental to this aim. But far too many midwives in low-income and middle-income countries lack the most basic means to keep patients safe.

A labour ward without water is a danger to the life of newborn children. If a newborn child with a fresh cord [umbilical cord] is washed using water from shallow wells or unsafe water, the child is likely to be infected with diseases like neonatal tetanus or neonatal sepsis, which may lead to death. We know that we are supposed to wash our hands thoroughly before attending to another patient, but what do you do in a situation where there is no running water?

Sadly, Mary’s experience is not an isolated case. It is estimated that one in five babies who die in their first month of life in low-income and middle-income countries could have survived if they had been washed in clean water and cared for in a clean environment by people who had washed their hands. In 2013, four babies died every five minutes in Sub-Saharan Africa or Southern Asia from highly preventable causes such as sepsis, meningitis or tetanus, all infections strongly linked to unhygienic conditions. 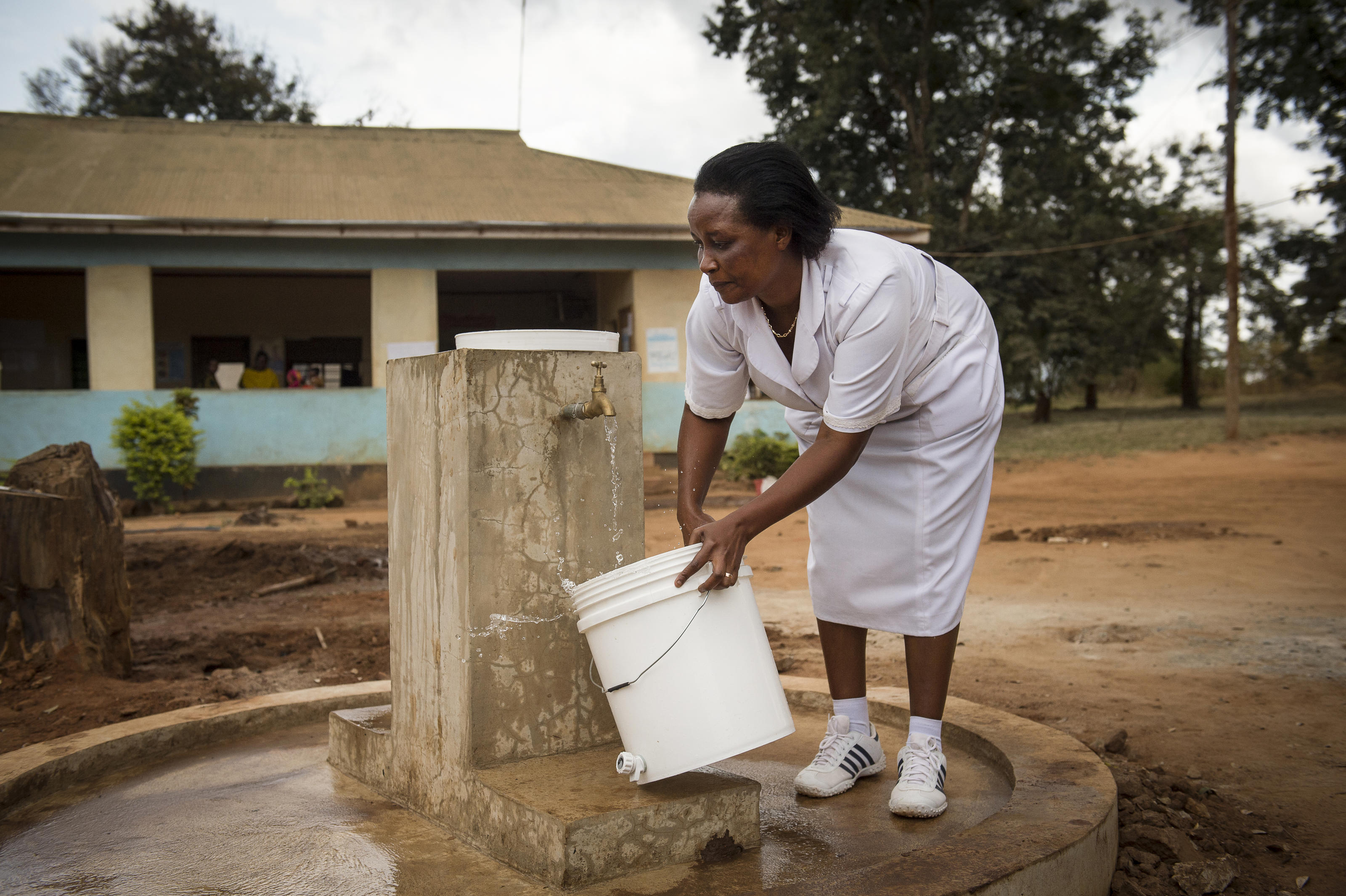 But things are changing.

Globally, WHO and UNICEF are leading a Global Action Plan on WASH in Healthcare Facilities. In a meeting they recently held in Nepal, four WaterAid country teams shared their experiences of tackling these issues and improving the situation for health professionals on the ground.

At the ICM Congress I’ll be joined by Dr Ibrahim Kabole, Country Director of WaterAid Tanzania, who will be sharing his views as both a doctor and a WASH expert on what the solutions are and what actions need to be taken. Tanzanian Midwife Sister Juliana Cyril Msoffee will reflect on her own challenges and the role all midwives can play in achieving change for themselves and others. Health researchers and policy-makers from WHO and the Canadian Innovating for Maternal and Child Health in Africa initiative will bring a global perspective. And we’ll be ably moderated by journalist and author Elizabeth Renzetti from Canada’s Globe and Mail, ensuring plenty of discussion and interaction with midwives from across the world.

Please join us at ICM 2017, or follow via Twitter, as we discuss the fight to change this unacceptable situation. Our team will be tweeting throughout the week from @wateraid, @WaterAidCanada and @WaterAidTZ, and using the hashtag #HealthyStart