How to support sanitation workers to claim their rights: lessons from waste pickers’ movements

Sanitation workers provide an invaluable public service, yet often work in conditions that expose them to the worst consequences of poor sanitation, their human rights to safe work unmet. Maria UribePerez discusses her research into what we can learn from waste pickers' movements about how sanitation workers might be supported to organise and thereby claim their rights.

Despite providing services key to achieving Sustainable Development Goal 6, sanitation workers, such as sewer cleaners and pit emptiers, often have their safety, dignity and health compromised. In many countries, they work in hazardous conditions and their weak articulation as organisations or movements makes it difficult for them to be able to claim their rights to safe work. If sanitation workers joined forces, they might be able to make their voices heard. So how can international organisations support them in their efforts to organise and claim their rights to better conditions?

We set out to discover whether any interesting insights might be gained from the struggle of marginalised workers in other sectors. Here, I focus on what we can learn from waste pickers’ movements around the world. 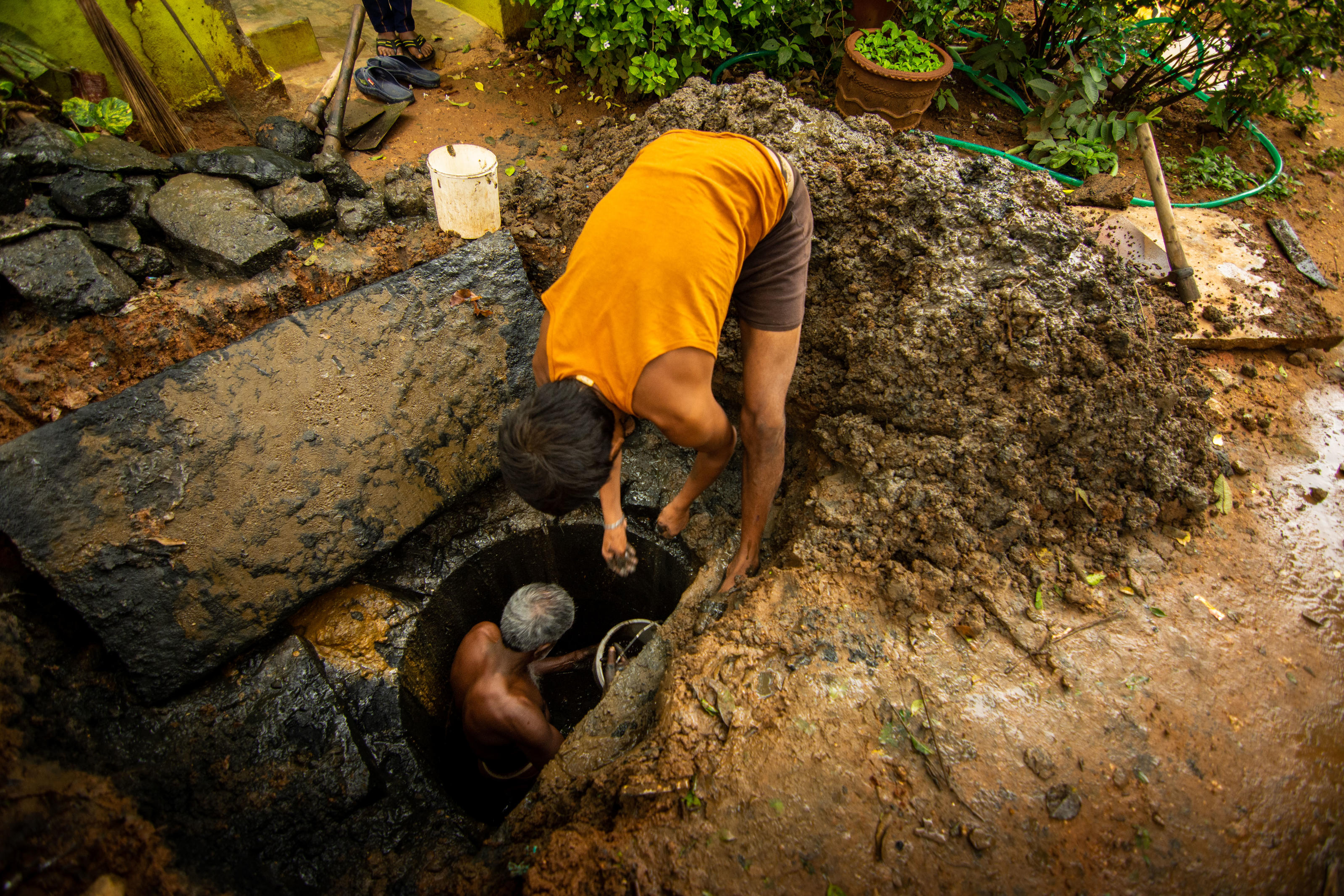 Making a living from recycling waste

There are millions of waste pickers worldwide, who make a living from collecting, recycling and selling materials that others have thrown away. Despite providing a public service that gives economic, social and environmental benefits to their communities, these workers have tended to lack social protection, endured poor working conditions, and been largely invisible, stigmatised and harassed. The inappropriate disposal of toxic materials and hazardous waste can put them at risk of direct harm, especially when their use of protective equipment is limited.

Sanitation workers have many things in common with waste pickers. They provide an essential public service for communities and yet are discriminated against and invisible in the eyes of society. And sanitation workers are often affected by the inappropriate use of latrines, where solid waste that has been wrongly disposed of makes their work more difficult and hazardous, and sharp objects such as syringes can cause serious harm when, as is usual, they do not use protective equipment.

Despite their marginality and exclusion from public policies, waste pickers around the world have begun to organise in the past two decades. In Latin America and South Asia they have been highly active in forming cooperatives to address their economic needs, which has enabled them to pool resources and negotiate for basic labour rights including social protection, increased incomes, and improved health and safety.

Waste pickers have achieved great advances in their struggles for better working conditions. What have been the keys to their success, and how can these be effectively translated to help sanitation workers’ movements succeed?

Waste picker organisations around the world have managed to leverage the fact that they provide a public service to gain recognition and visibility as a worthy occupation. In countries like Brazil and Colombia, they received support from international organisations to create shared spaces in which waste pickers, members of the community and government representatives could come together to share their points of view on inclusion of the waste pickers in the municipal waste value chain. Through these spaces, participants developed viable solutions for decreasing the stigma and harassment linked to waste picking and for improving waste sorting, which helped to limit the risks workers faced because of hazardous waste. It also helped to humanise them in the eyes of their communities and government, transforming their image to that of productive members of society who have a positive impact through their labour, both in the eyes of society and of the workers themselves.

Providing opportunities for the community and for government actors to communicate with workers is fundamental to improving the conditions of sanitation workers. By highlighting the importance of their work to the wellbeing and hygiene of society, marginalisation and harassment faced by sanitation workers may decrease. Furthermore, generating awareness of how incorrect disposal of solid waste can severely affect workers can lead to better usage, reducing the amount of inappropriate solid waste ending up in latrines and sewers.

As a starting point, international organisations can contribute to awareness raising using strategies such as storytelling media campaigns, through which sanitation workers’ voices can be heard and people can gain exposure to their plights. Organisations can also facilitate spaces of joint discussion, so workers can have a way to express their points of view and receive opinions from other stakeholders regarding how to further their fight for better conditions. 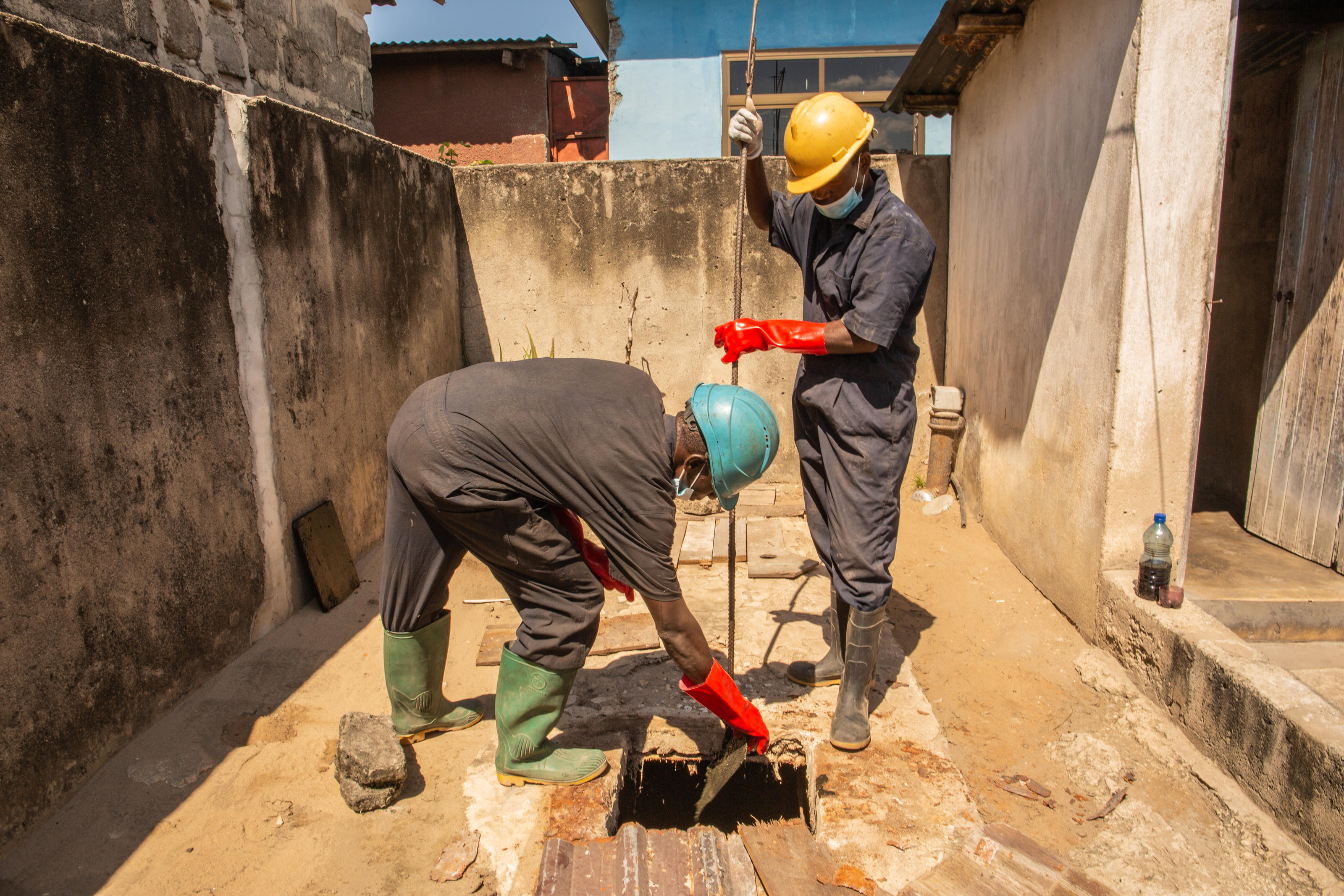 Our research showed that once waste pickers began to organise into cooperatives, the groups then began to provide access to training for their members, including in accounting and business planning, legal recognition, and technical skills linked to waste management. However, training gaps tended to exist in areas fundamental to the success of their collective action, such as bargaining skills and union training, as well as training in occupational health and safety. In some cases, cooperatives sought support from external organisations in capacity building in these key areas and in facilitating networking among cooperatives and between cooperatives and trade unions, which increased the strength of the movement and the opportunities for learning exchanges.

Since sanitation workers tend to come from marginalised backgrounds, similarly to waste pickers they often have limited access to education and training that can enable them to negotiate for an improvement of conditions, bargain for better prices or even administer their wages. Lack of knowledge in occupational health and safety has also been widely acknowledged by researchers and practitioners. Trade unions can help to fill some of those gaps; international NGOs can help by building links between existing and emerging organisations of sanitation workers and trade unions.

Waste pickers’ organisations have received significant support from international organisations in knowledge generation and advocacy. Cooperatives greatly benefited from support in engaging in policy-making processes and multi-stakeholder debates on waste management. International organisations stimulated research and collection of reliable data on waste pickers, including quantification and characterisation of these workers, and how they could be effectively included in the municipal waste management model. Our research showed that INGOs can also play a role in advocating better policy and regulatory environments for cooperatives, for example by putting pressure on governments to provide opportunities for waste pickers’ cooperatives to participate in public tendering and contract processes under conditions that allow them to effectively compete with private companies.

Additional consideration can be given to waste pickers’ organisations when they contribute to specific development objectives. INGOs can therefore support sanitation workers’ movements by incentivising and driving forward research and data collection on subjects linked to their health, safety and dignity. This can provide sanitation workers with solid evidence to use in advocating their rights. They can also put pressure on municipal authorities to include sanitation workers in municipal faecal sludge management systems. Inclusion can lead to better working conditions, and a safely managed sanitation chain that safeguards public health. 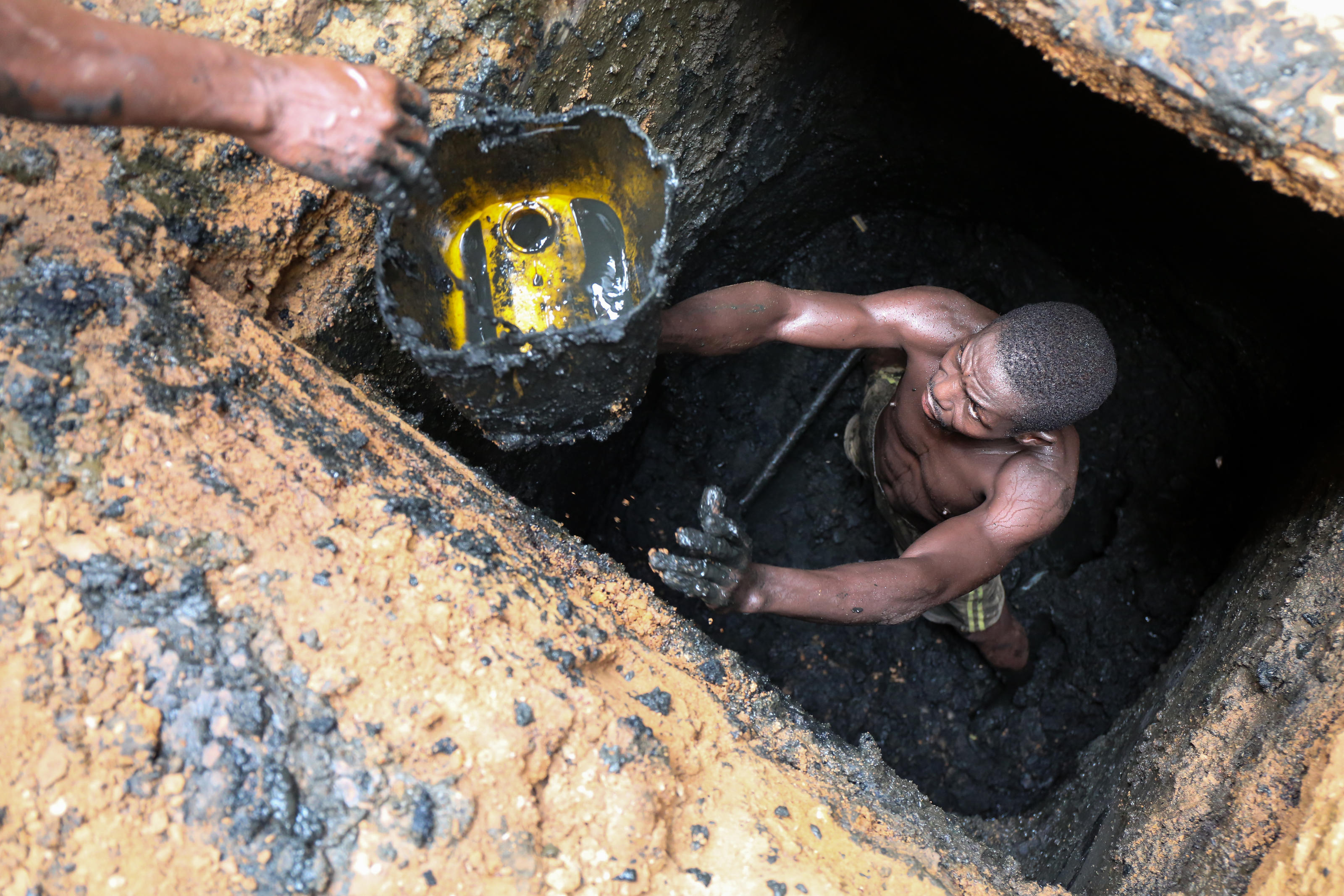 Despite the efforts of NGOs, civil society and governments to improve the conditions of sanitation workers, the effect has so far been small. For example, despite the scores of manual scavenging rehabilitation programmes in India, this outlawed occupation persists. The existence of dry latrines and the poor use of sanitation infrastructure ensures an ever-present demand for manual emptying. And, for each manual scavenger who finds a way out, there is another struggling worker waiting to replace them.

There is still however a lot we can do. By giving visibility to the struggles of sanitation workers, helping to give them the recognition they deserve, these workers can be empowered to rise to action and begin to join forces as waste pickers have in the past. If sanitation workers receive support in capacity building, networking and advocacy, they will be able to build stronger movements and lead the way towards societal and governmental behaviour change.

The benefits of raising the status and conditions of sanitation workers could reach beyond the workers themselves. In Brazil, the Government defended waste picking as the best strategy for promoting the social and economic inclusion of several categories of very poor people, as well as a key piece in the strategy for achieving sustainable municipal waste management. Could sanitation work represent a similar opportunity? If the working conditions of sanitation workers are improved and the link between this occupation and marginalisation is broken, can this become a livelihood that is dignified and safe, and that paves the way to sustainable faecal sludge management?

Maria UribePerez carried out her research while a Policy Team and Sanitation Workers Volunteer at WaterAid. This blog is the first in our series about sanitation workers a year on from publication of our groundbreaking analysis produced with the World Bank, World Health Organization and International Labour Organization – Health, safety and dignity of sanitation workers.

Rain to the rescue: responding to COVID-19 and water scarcity in coastal Bangladesh