Madagascar combines its unique biodiversity with a wide variety of mineral resources. Cobalt, gold, nickel, petroleum, precious stones and zircon all contribute to an important and growing Extractive Industries (EI) sector, but can this natural resource wealth be captured effectively to support poverty reduction and sustainable development?

Based on new research, Rodolphe Rakoto-Harisoa, Senior WASH Governance Advisor, WaterAid Madagascar, and John Garrett, Senior Policy Analyst – Development Finance, WaterAid UK, argue that there is much more that the Government can do to manage the EI sector well and increase its revenue share from the EI. In turn, this can support increased investments in water, sanitation and hygiene (WASH) and other key social areas.

This research, a new report from WaterAid and Moore Stephens, looks closely at Madagascar’s EI sector together with its contribution to the economy and the country’s development. Obtaining reliable data on the EI is a challenge, but Figure 1 shows how it accounts for over a quarter of exports, a fifth of employment, just under 5% of Gross Domestic Product (GDP) and 4% of Government revenue. In some years, the EI have attracted over 80% of total Foreign Direct Investment (FDI).

Figures 2 and 3 (below) show that the government has ambitious plans for exploiting the country’s natural resources. Exploration and extraction rights are potentially available for major parts of Madagascar’s landmass and offshore territory. Key questions remain however over the management of these resources: how will their exploitation benefit ordinary Malagasys, how can the EI industry support steps to strengthen governance and transparency, and how can the government ensure that the country’s unique environment and biodiversity are not damaged beyond repair? 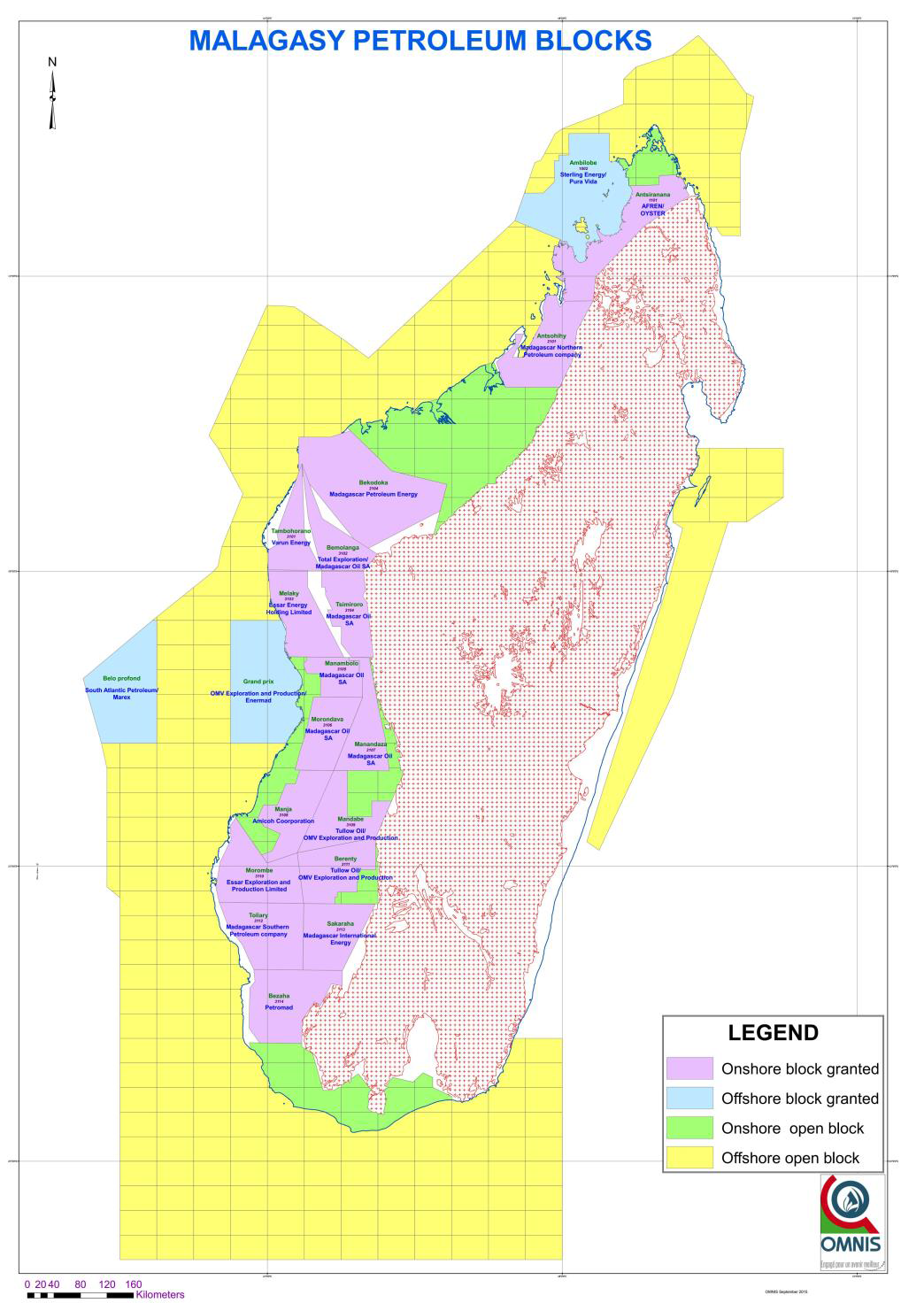 The report provides examples of how the EI is directly supporting improvements in access to water, sanitation and hygiene (WASH). QIT Madagascar Minerals (QMM)—80% owned by global mining group Rio Tinto and 20% by the Government—is a major mining project near Fort Dauphin in South-East Madagascar. In partnership with the national utility JIRAMA and the World Bank, QMM contributed $2 million towards the rehabilitation of Fort Dauphin’s drinking water treatment plant and the construction of a new water plant (including a sewage collection system). It also financed the construction of 20 wells in local communes, and provided US$ 2 million for a new electricity generator for the city. Other EI companies—Ambatovy S.A., Dynatec S.A., Holcim, Kraoma, Madagascar Oil—have provided direct funding for local infrastructure such as road rehabilitation and water points, or operational spending for communes for education and hygiene promotion.

Despite its significant contribution to the economy and these positive community initiatives, the EI presents enormous (often inter-linked) challenges for the country. Overall, the government is benefiting only marginally in terms of revenue received. Official data suggest that the EI production value for key minerals was US$708 million in 2015 and government revenue from these US$42.6 million. This represents only 6% of the production value, a percentage that would fall much further still if it were possible to calculate informal and illegal production and exports 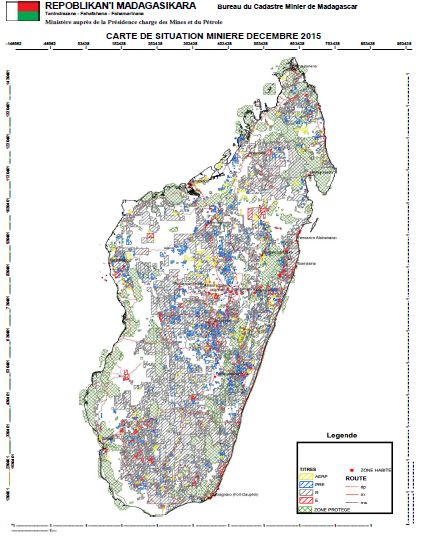 The UN, for example, estimates that US$ 10 million and US$ 16 million worth of gold were illegally exported from Madagascar to just one country in two consecutive years. The Extractive Industries Transparency Initiative (EITI) estimates that 10% of GDP is lost due to informal markets and large-scale illegal trafficking. The International Monetary Fund (IMF) highlights how the EI sector fuels corruption at individual, company and government level, with rosewood and precious stone traffic, corruption of customs and tax officials, and rigging of public procurement all symptoms of generalised corruption.

The exploitation of natural resources can also often conflict with conservation of Madagascar’s unique environment. Over recent years, unregulated mining of precious stones has led to the destruction of thousands of acres of rainforest, including in environmentally protected areas, with the government seemingly powerless to resist. Local communities have also raised concerns about Ambatovy’s impact on water resources and drinking water.

Madagascar is one of the poorest countries in the world: 75% of the population live below the national poverty line, only 10% of the population have access to basic sanitation and almost 50% of children suffer from malnutrition and stunting. The country’s natural resources offer a potential way out of poverty for many Malagasys, but it is vital and urgent that the many challenges relating to the sector are addressed—challenges that relate to government, industry, cooperating partners and civil society.

Consistent with the EITI, the Government and EI companies should work together to improve transparency and address corruption at relevant stages of the extraction process, including licence allocation and negotiation, tax collection and government revenue allocation. The Government also needs to legislate for disclosure of beneficial ownership of all EI companies—a condition of the EITI standard. The report also recommends setting up a ring-fenced SDG fund, with oversight from central and local government and civil society, as a powerful mechanism and incentive for capturing unpaid EI revenues and illicit financing flows.

Increased transparency, anti-corruption policies, strengthened domestic resource mobilisation, respect and protection of Madagascar’s unique environment and biodiversity---these are all critical factors for a successful approach to managing the EI. If they are in place, they can serve as a cornerstone for sustainable development and achieving universal access to safe water and sanitation and Agenda 2030.