The Global Goals have been agreed – now we must ensure they can be funded and realised. John Garrett, WaterAid’s Senior Policy Analyst for Development Finance, discusses the vital support foreign aid will provide.

The recent success of British-born economist Angus Deaton in winning the Nobel Prize in Economic Sciences has stimulated further debate around the role and value of international aid. Professor Deaton is a strong opponent of foreign aid, arguing that it often makes the politics worse in developing countries and emphasising instead the importance of limiting the arms trade, improving trade access and supporting increased funding to the study of tropical disease and to health care.

It is true that the international community needs to make much more progress on these issues as part of a coherent health and development policy, but aid too is an essential part of funding for many of the poorest countries. It can also help make the politics better when targeted at strengthening institutions, improving public financial management or supporting local civil society in holding governments to account.

Lack of money, not will

Professor Deaton in his article paints a picture in the context of the West African Ebola crisis of governments ‘caring little’ about chronically disorganised and underfunded health systems. This misrepresents the situation; it is much more an issue of low capacity and lack of available financial and human resources that is holding back progress. 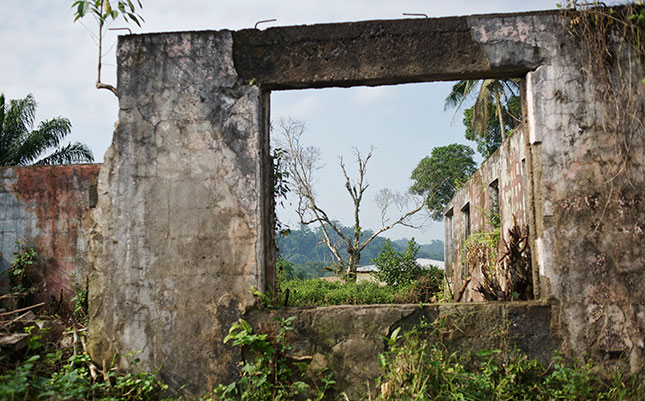 Post-conflict countries such as Liberia and Sierra Leone faced enormous challenges in rebuilding shattered administrations and institutions after their civil wars. In a context of widespread poverty and low levels of government revenue, international aid played a vital role in reconstruction and recovery: through funding disarmament, demobilisation and reintegration of former combatants, including child soldiers; investing in the education sector through rebuilding of schools; providing essential water and sanitation infrastructure; and strengthening the legal system through construction of courts and training staff.

In post-conflict Sierra Leone, the International Development Association of the World Bank supported restoration of the most essential functions of the health sector in war-torn and underserved districts, rehabilitating and equipping health facilities and district hospitals and filling health-care posts. Although the domestic and international responses to Ebola were too slow and inadequate – and lessons need to be learned – the impact of the outbreak would undoubtedly have been much worse had it not been for the international support from multilateral and bilateral aid provided in the years following the civil war and during the crisis itself.

Beginning to address the challenge

In September this year, governments from all over the world committed to the UN 2030 Agenda – the first ever global agreement to set a universal, comprehensive framework to eradicate poverty and achieve sustainable development by 2030, including 17 Global Goals for Sustainable Development (GGs). Providing the means necessary to implement this agenda will be one of the biggest challenges of the century, and in many areas will require no less than an economic and financial transformation from the Millennium Development Goal period. The Addis Ababa Action Agenda adopted in July at the Third Financing for Development Conference provides a good start, recognising the need for a step change in the mobilisation of resources – domestic, international, public and private.

This is certainly true for Goal 6, to ensure availability and sustainable management of water and sanitation for all, where developing country financing gaps are potentially as high as US$39 billion per year. In Madagascar, for example, 86% of the population is without safe sanitation, and, with 88% of the population living in extreme poverty, and annual government revenue per person only $133, the scope for household and government investment and spending is severely constrained. International aid is therefore a critical source of finance for Madagascar, as it is for many other least-developed and low-income countries.

Domestic resource mobilisation, remittances, Foreign Direct Investment and loans all have key roles to play in financing the SDGs – but they are insufficient on their own to deliver the universality which is at the heart of the 2030 framework. As WaterAid’s 2015 report Essential Element shows, for more than a quarter of countries the ambitions for a bold new poverty eradication agenda will fail, and the aim of a world where everyone enjoys the fundamental human right to water and sanitation will go unrealised, unless a significantly renewed impetus is given to international aid.