At the UN Climate Change talks in Egypt, a global WaterAid delegation spread the word about how water is central to the climate crisis, and its solutions.

At the UN climate change conference in November 2022, WaterAid called on governments to prioritise investment in water, sanitation and hygiene to help the most vulnerable people cope with and survive the effects of climate change.

Our work on climate change

In November 2022, the government of Egypt hosted the 27th UN Climate Change Conference – also known as COP27 – in Sharm el-Sheikh. Hundreds of world leaders came together to agree plans for how to tackle the climate crisis.

They reviewed the commitments made in 2021 in the Glasgow Climate Pact – which acknowledged that more action is needed to stop temperatures rising by less than 2C – and aimed to build on them.

There were four main areas of focus:

Thirty years since the adoption of the United Nations Framework Convention on Climate Change, and in light of findings that some elements of climate change are now irreversible, President Abdel Fattah El-Sisi said Egypt would not spare any effort to ensure COP27 became the moment the world moves from negotiation to implementation.

90% of all natural disasters are water-related.

By 2040, one in four children will live in an area of extremely high water stress.

95% of climate finance – all of private finance and most of public funding – has been centred on mitigation.

What happened at COP26?

At COP26, world leaders and delegates discussed how to minimise and respond to the climate crisis. The outcome was the Glasgow Climate Pact, which made a number of pledges around carbon emissions, coal, fossil fuel subsidies and funding for developing countries. 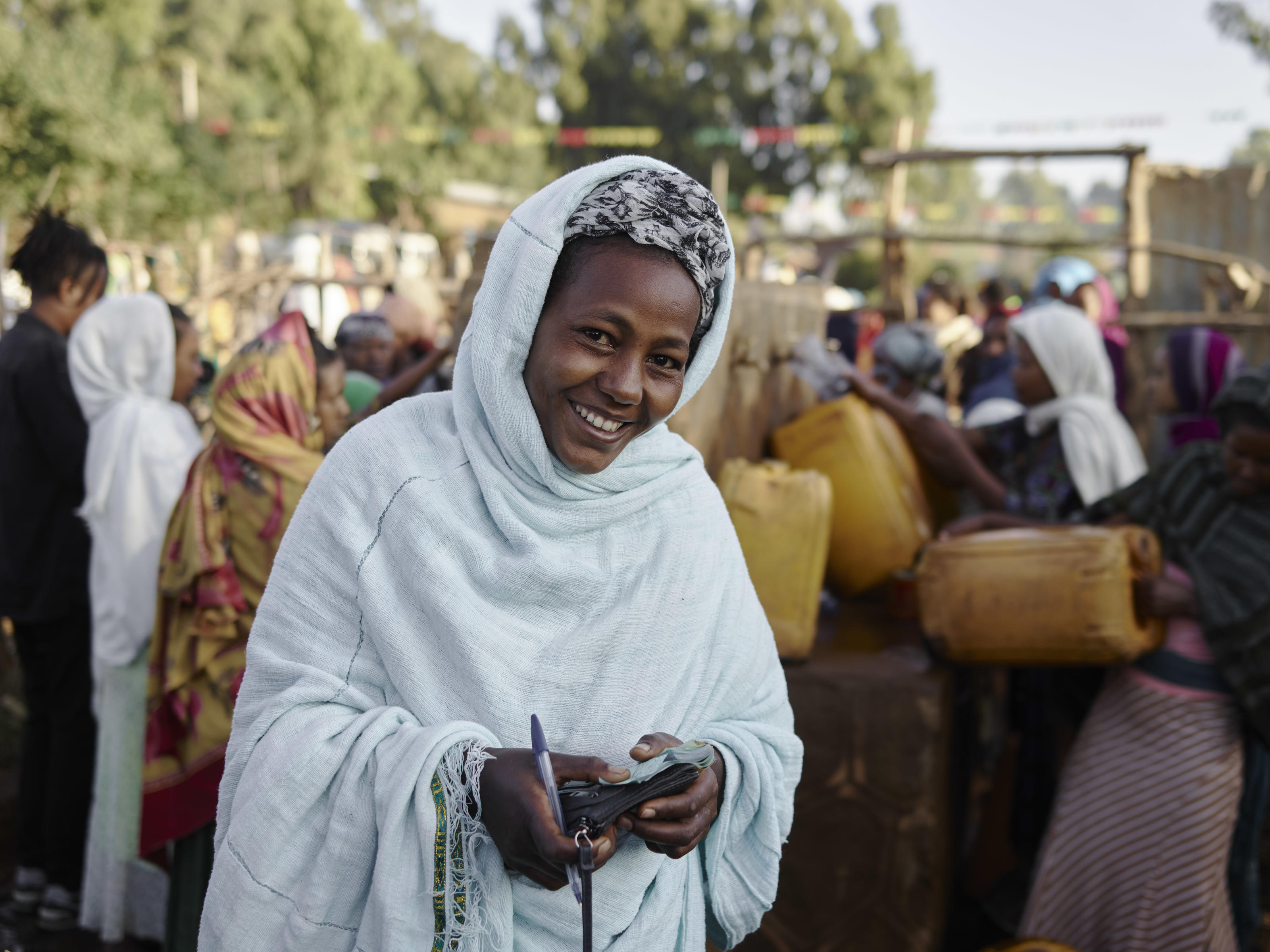 Tiru Getahun, from Derekwa in Ethiopia, is her community's water pump manager. She collects money from users to pay for the maintenance of the pump.
WaterAid/Joey Lawrence

Why was COP27 important?

Climate change adaptation: what's water and sanitation got to do with it?

Already, 1 in 10 people worldwide don’t have a reliable source of clean water. And the more our climate changes, the more challenging this becomes. More frequent and extreme flooding is polluting water sources, while longer and more severe droughts mean that wells and springs are running dry. This makes people more susceptible to disease and pushes them further into poverty.

The most vulnerable communities deserve financial support to build resilience and have a chance to live dignified, healthy lives.

That is why, before and during COP27, we called for:

Follow us on social media for our take on COP27 and to find out what the negotiations mean for the world's most vulnerable communities.

At COP27, WaterAid had a small delegation of colleagues from across the organisation. For the second year, we were also a Core Partner of the Water Pavilion. Our delegates spoke at a number of events in the Water Pavilion, as well as in the Australia Pavilion, Bangladesh Pavilion, Locally Led Adaptation Pavilion, UK Pavilion – and more.

Events in the Water Pavilion were also available online. Explore the full programme of events here.

Follow us on social media for our take on COP27 and to find out what the negotiations mean for the world's most vulnerable communities.

This brief details the key role of WASH services in increasing resilience to the effects of climate change, and our recommendations for governments to urgently boost progress.

The foundation for building resilience

Our research with the University of East Anglia found that investing in clean water, decent toilets and good hygiene makes a lasting difference to people’s resilience to climate change, especially the most vulnerable.

Our report with the British Geological Survey reveals how most countries in Africa have enough groundwater reserves to face at least five years of drought.

A coalition of governments, businesses, and development organisations are working together to increase finance for climate-resilient water sources.