The pipeline is being placed thanks to the female members of the local Basti Vikas Manch (BVM; slum development platform), who drafted petitions and relentlessly chased up city municipal authorities.

The supply was cut off in a disagreement between the women and a local religious leader after a new religious building’s toilet began contaminating the community’s drinking water.

"We did not have property deeds so getting help from the Government was difficult initially. We made do with help from neighbours in a nearby block of flats meant for Government officials who let us fill up water in our pots from an external pipeline," said Reshma, 20.

"Even before the place of worship came up, an old pipeline ran through supplying water to our basti here. But when the place of worship was constructed, the dirty water from the toilet began joining the line and all the grey water would accumulate near our hand pump," said Naseem Banu, 40, a member of the BVM, and a resident of the Pattigadda slum.

After repeated unsuccessful appeals to the religious leader, the women banded together and, in a rebellious move, cemented the pipe discharging grey water near their drinking water source, and waited for the concrete to dry so they could re-route the drainage line. But, as tempers ran high, the religious leader decided to cut off their only source of water.

"He told us that ‘you go get your own water. This pipeline goes through my property," recalled Afsan Jabeen, 28, now also a member of the BVM. "We had heard a lot about the Basti Vikas Manch and the work it had done in the neighbouring slums. And we decided to get in touch with them."

The BVM was initiated in 2009 by WaterAid India in partnership with SACIWaters and the Society for Participatory Development. This came in the aftermath of the Bholakpur Slum tragedy, when 14 people died and several more were hospitalised after drinking water from public connections contaminated by toxins from tanneries.

The driving idea behind the BVM rests on providing a platform for urban poor people to assemble as a pressure group and negotiate with Government authorities to secure their rights to water and sanitation.

BVM, with its headquarters in Begumpet, Hyderabad, operates across 88 slums in Hyderabad.

"The representatives from BVM at Begumpet helped us a lot. They guided us on how to write applications, and who to follow up with. We followed up with the water works department and the municipal corporator," explained Naseem. The BVM at Pattigadda meets once a week with a coordinator from a cluster of slums from Begumpet joining in.

In a process that took them about 15 days of drafting applications, meeting and following up with the municipal authorities from the water works department, they managed to ensure a municipal water tanker to supply water while their application for a new pipeline was sanctioned.

The entire process from losing their water supply to gaining the new pipeline took a month. The new pipeline supplies drinking water, while the community uses a bore well in the area for all other needs. 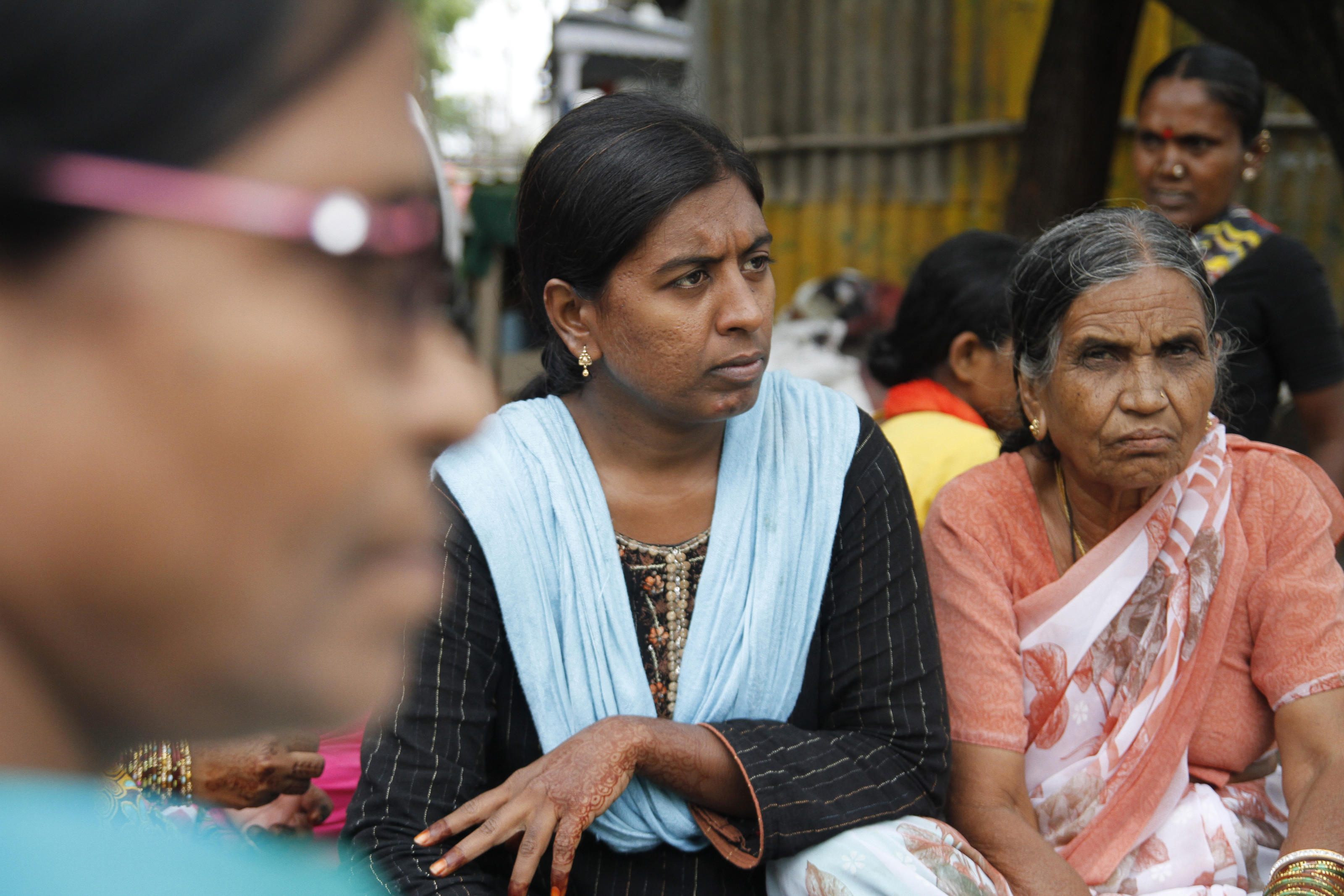 A platform for women’s empowerment

The male members of the basti were not involved in the process, according to the women. "We did not want to involve them either," said Jabeen. "Not only did they never feel disturbed by the dirty water coming to our water sources, they also do not let us speak up in groups. There is also the danger of them easily getting picked up by the police for any law and order issues and we wanted to avoid this."

Interestingly, the BVM at Pattigadda is progression from a previously existing ‘mahila mandali’ (women’s collective) in the slum, in which women used to discuss issues regarding domestic abuse or other empowerment issues, and organise themselves to maintain order.

Most women have been active for years as social workers in some form or other, and were aware of their rights and their need to have a collective and even approach.

"If something is achieved through hard work, we appreciate its value. We know how to go about things if we need facilities and access our rights from the Government in future. We prefer it over organisations donating facilities to us," said Jabeen. "We often need the right guidance. And we will follow up. Aakhir hamaara hi kaam hai (after all, it is our responsibility)."

The success story of Pattigadda is one of several stemming from the efforts of BVM in the city. In the coming months, through BVM, WaterAid India intends to leverage lessons learned from communities that have become self-reliant to replicate them in future, and establish networks to enter other slums that need support.

BVM intends to scale up by hiring more cluster coordinators and mobilisers, who are crucial to guiding community members in dealing with Government processes and also disseminating training. Efforts are also being made to use writing, audio and visual to better document processes.