At the UN Climate Change talks, a global WaterAid delegation will spread the word about how water is central to the climate crisis, and its solutions.

WaterAid is attending the UN's Climate Change conference, where we will call on governments to recognise the critical role clean water plays in helping communities to cope with climate change and recover from extreme weather events.

In November 2021, the UK government will host the UN Climate Change Conference – also known as COP26 – in Glasgow. Hundreds of world leaders will come together to agree plans on how to tackle the climate crisis.

Why is COP26 important?

COP26 is the deadline for countries to present their initial plans on how they’ll achieve the climate goals agreed as part of the Paris Agreement at COP21 in 2015.

Together, these plans need to set the world on track to stop global temperatures rising by more than 1.5ºC by the end of the century. Despite being on the official agenda, these plans are very unlikely to be delivered. Wealthy nations also promised $100 billion a year to help the least developed countries reduce their emissions and protect themselves against the impacts of climate change.

In the six years since the Paris Agreement, there has been much talk about delivering climate finance among donor governments. COP26 is a chance to hold them to account and make sure that developing countries get a fair deal.

By 2040, one in four children will live in an area of extremely high-water stress

Climate change is making it even harder for the world’s poorest people to get clean water.

Already, 1 in 10 people worldwide don’t have a reliable source of clean water. And the more our climate changes, the more challenging this becomes. More frequent and extreme flooding is polluting water sources, while longer and more severe droughts mean that wells and springs are running dry.& 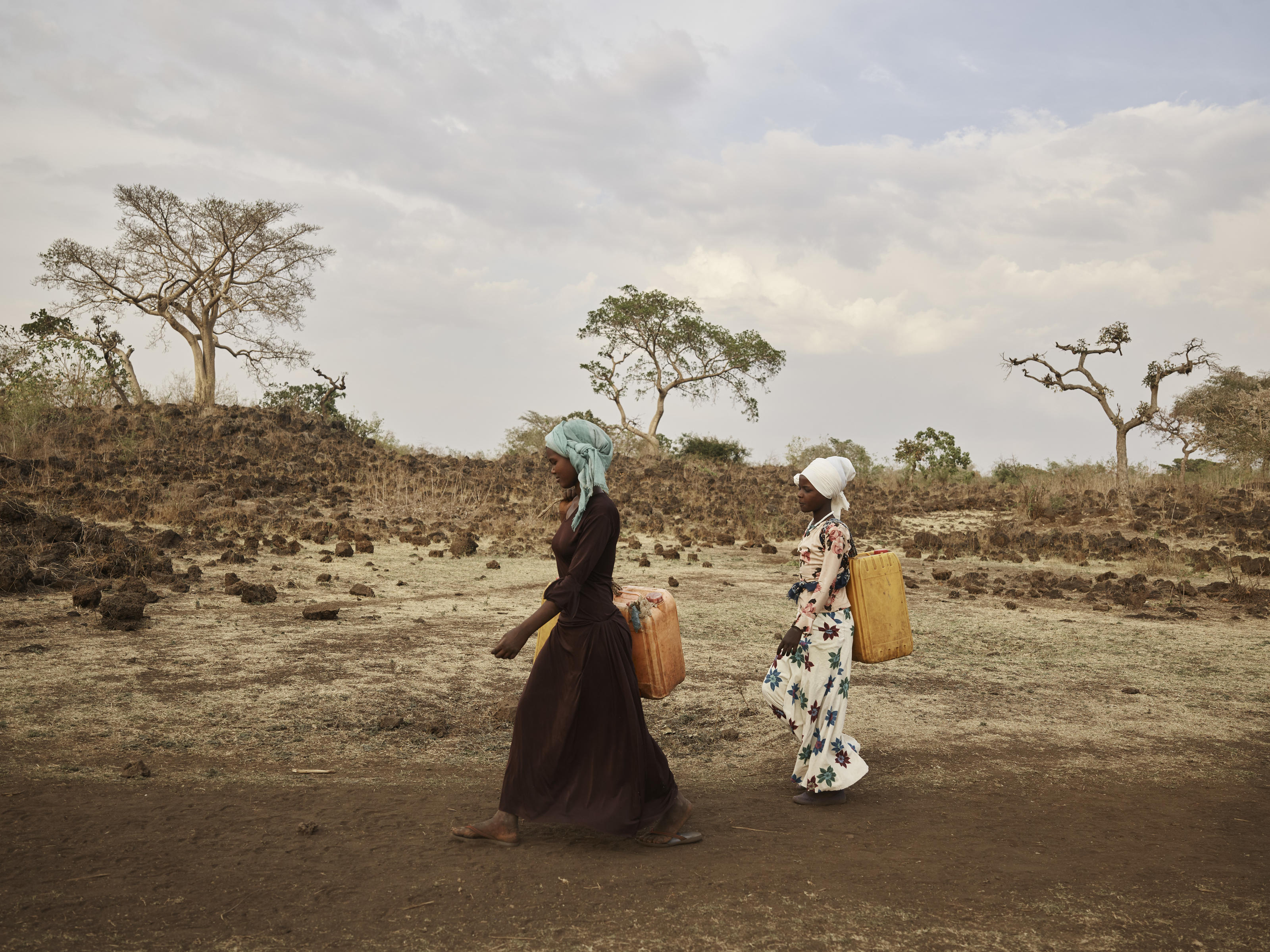 WaterAid/Joey Lawrence
Kadija and her sister Ansha carry water from the River Lah in Ethiopia.

The COP26 agenda is dominated by how countries plan to cut carbon emissions. But it’s vital that talks also address how we help those experiencing the impacts of climate change right now.

WaterAid is calling on governments to recognise the critical role that clean water has in helping communities to cope with climate change and recover from extreme weather events.

WaterAid and partner events at COP26

Climate change, water and me

We are documenting the life-changing effects of the climate crisis and the inspiring ways individuals and communities are fighting for climate justice.

In this report, we look at the state of the world’s water and how it is affecting the daily lives of people already coping with climate change.

Climate change is making life harder for people who already struggle to get clean water. Meet the the communities affected by extreme weather.

A coalition of governments, businesses, and development organisations are working together to increase finance for climate-resilient water sources.