Most people in South Asian towns and cities rely on toilets that are not connected to sewers. With the global urban population set to double by 2050, the need to ensure safe disposal of waste is growing ever more urgent. Jaison Thomas, WaterAid’s Regional Funding Manager for South Asia, reflects on the faecal sludge discourse in the region, taking reference to deliberations at the South Asian Conference on Sanitation (SACOSAN) VII at Islamabad.

Eliminating open defecation is just the first step in ensuring everyone has safely managed sanitation services, as outlined in Sustainable Development Goal (SDG) 6. In South Asia, where most people use on-site toilets and sewerage coverage is limited, faecal sludge management (FSM), which involves everything from emptying pits of faecal matter and transporting the sludge to treatment and disposal) is central to ensuring safely managed services.

SDG 6’s targets address sanitation beyond access to toilets, to include safe management of excreta. The 2017 JMP Report showed that 4.5 billion people don’t have safely managed sanitation. South Asian countries are not reported here because of lack of data. Understanding and implementing options for safe management of excreta is an important step towards fulfilling the ambitions of the SDGs.

At April’s South Asia Conference on Sanitation (SACOSAN) VII South Asian governments recognised the importance of FSM. But there is still a long way to go to fully understand what it will take in the South Asian context, including what it means for long-term planning, developing appropriate policy frameworks, implementing scalable solutions and ensuring adequate financial resources. Countries in the region need a dramatic change in political prioritisation and funding for FSM, along with robust monitoring systems, knowledge exchanges and nurturing of innovations.

The case for FSM in South Asia: a huge cost

More than half of the urban households in six out of eight countries in the region depend on on-site sanitation (Sri Lanka 87%, Bhutan 75%, Bangladesh 65%, Afghanistan 67%, Nepal 65%, India 54%, Pakistan 22%, Maldives 1%)1 rather than sewers, with a growing trend of using septic tanks. No credible data exists on the frequency of desludging, treatment and/or safe disposal of the faecal sludge, which in a way indicates the policy, service and monitoring gap.

Today in India, the most populous country in South Asia, around 50% of urban households are connected to sewerage networks, and 41% depend on on-site sanitation facilities (Census, 2011). Assessments in some cities have shown that a significant portion of the wastewater entering the sewerage system goes untreated. And much of the septic tank sludge (septage) generated from on-site facilities is disposed of untreated into water bodies, drains, landfills, open grounds etc. 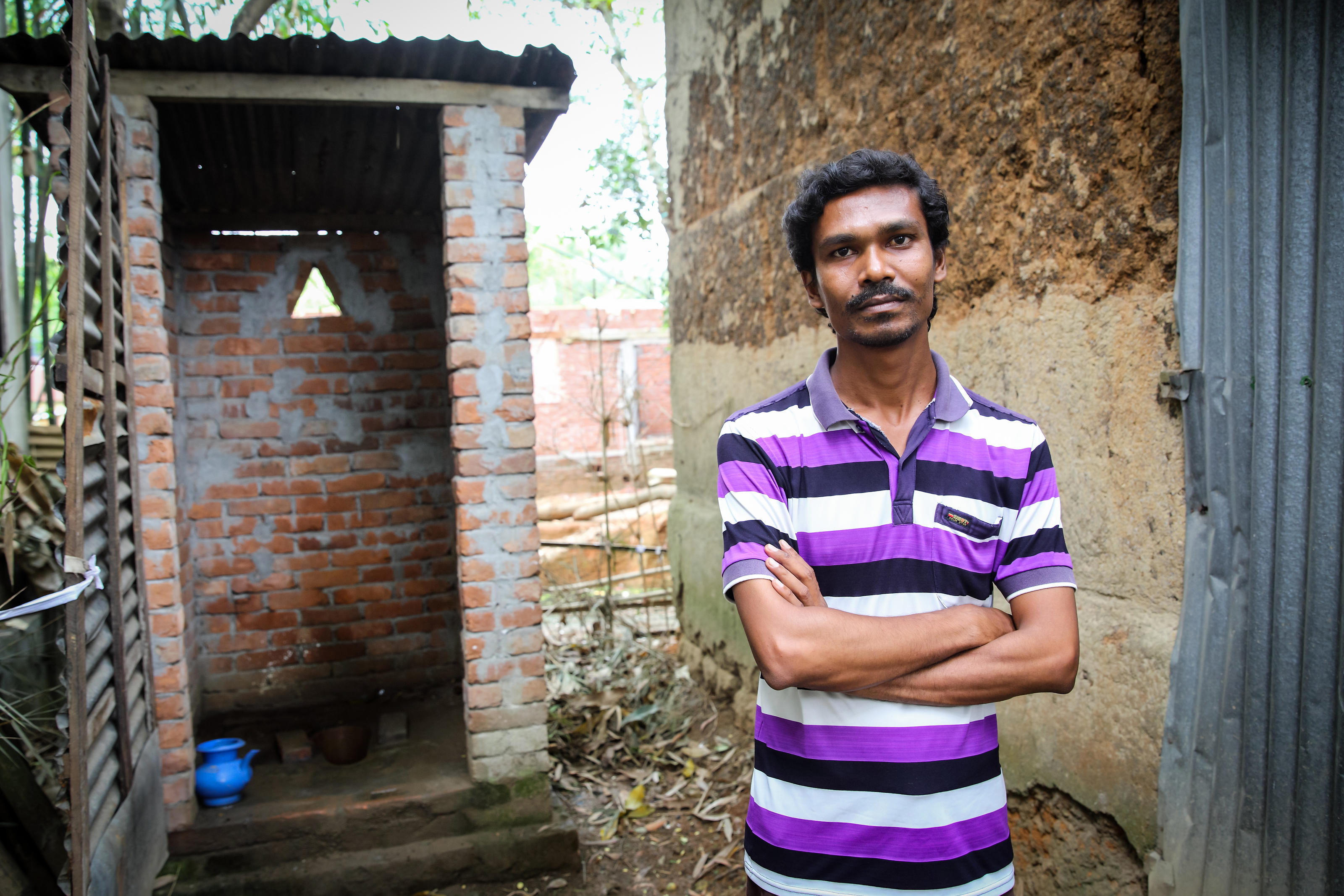 The situation is similar in other South Asian countries, causing a wide range of environmental and health problems, which disproportionately affect the poorest people. The World Bank estimates the regional cost of inadequate sanitation (in terms of death, disease, loss of time, education, productivity, etc) to be a whopping US $65 billion, equivalent to about an average of 6% of GDP of South Asia countries. Urban households in the poorest quintile bear the highest per capita economic impacts of inadequate sanitation of Rs.1700 ($37.55) – more than double that of the richest quintile – because of their lack of capacity to withstand the cumulative impact of multiple losses.

The global think tank Boston Consulting Group reports that the global urban population is set to double by 2050, with approximately 35% of people living in slums.2 Looking at this trend in the South Asia context raises the urgent need for concerted action by country governments to address the gaps in urban sanitation policy, planning and inclusive services.

The current and future need for better urban sanitation in the region makes the case for both on-site sanitation and sewerage solutions, in either decentralised (such as faecal sludge treatment plants) or centralised systems (wastewater treatment plants). A mix of solutions would respond to the varied realities cities face (difficult terrain, lack of space, dispersed population etc) and ensure everyone benefits from adequate sanitation service delivery.

Although South Asian countries recognise that FSM is important and that they are lagging behind, a critical question from them could be ‘how do we put FSM into practice?’ The WaterAid study A tale of clean cities: Insights for planning urban sanitation from Ghana, India and Philippines shows how three cities have made some progress towards city-wide sanitation for all. Some of the key drivers of progress have been political leadership, sanitation champions at municipal level, collaboration and resources. 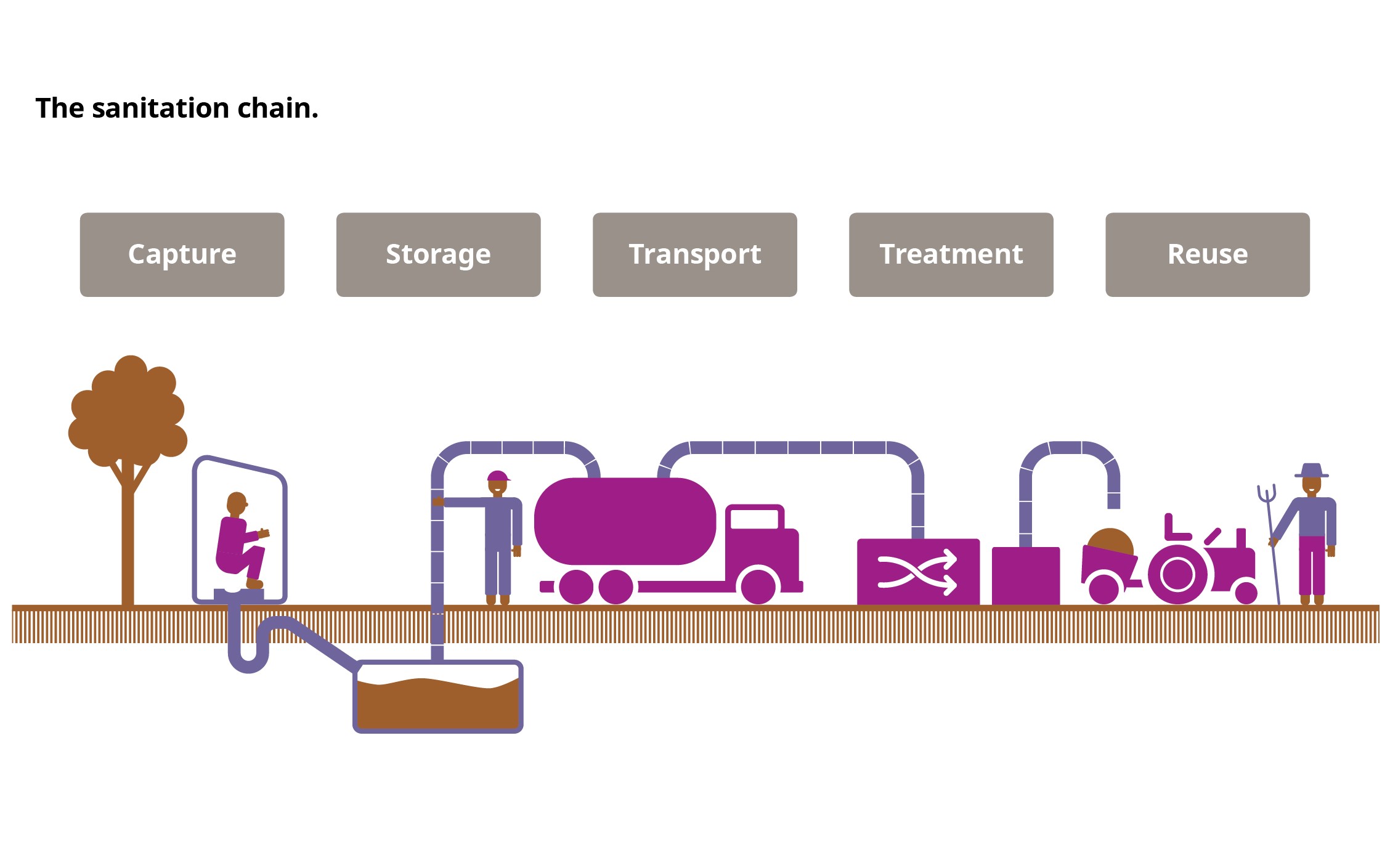 There is a need for sanitation sector stakeholders and political leadership in South Asia to foster such drivers to make ‘city-wide sanitation for all’ a reality, and planning needs to be tailored to the phase of development of sanitation in the city. Further, an array of tools (including Shit Flow Diagrams, SaniPlan, FSM toolbox, and Prognosis for change) can be customised for city-wide sanitation planning.

The plenary panel discussion at the SACOSAN VII FSM side event, organised by WaterAid and involving key government representatives and experts on the subject, indicated that, although most countries recognise FSM as a critical step towards the end-goal of safely managed sanitation for all, there is still a long way to go to reach that goal. They seem to be looking to western cities with 100% sewerage coverage and wastewater treatment plants as the final goal, and at FSM as an interim step towards that. However, this approach continues to be a point of serious debate among urban sanitation experts and policy-makers.

Some of the countries spoke about the steps needed to ensure that existing wastewater treatment plants become fully functional, while others spoke about their experiences around piloting FSM in some cities.

Some specific notes from country representatives were:

The side event created some headspace and goodwill among some of the key government actors in each country, enabling them to recognise the problem and share knowledge and good practices.

There is still some way to go before political leaders will put their weight behind FSM as a critical part of city-wide sanitation planning, financing and ground-level action.

In the meantime, it is important for civil society actors like WaterAid and other sector stakeholders to continue to raise the issue; share good, innovative and scalable models that clearly showcase the benefits of this approach, especially for the poor; and ensure the health, wellbeing of the wider community at city level.