Are countries letting Sustainable Development Goal (SDG) 6 on sanitation come at the cost of SDG 8 on decent work? With studies revealing thousands of sanitation workers’ lives at risk, Avinash Kumar of WaterAid India introduces the steps governments must take to protect them.

Yesterday evening, I watched the new Bollywood crime thriller ‘Article 15’ – a harrowing tale of the caste oppression still prevalent in large swathes of India today, based on the mass rape and killing of two young dalit girls. The movie has a poignant scene in which a sanitation worker comes out of the dark cesspool of a sewage manhole. He emerges with things that were blocking the flow of sewage, holds his nose and goes back deep inside again. The scene lingers on in the mind of the viewers, even though it is an everyday phenomenon across the towns and cities of India.

This morning, I read about the deaths of four sanitation workers due to asphyxiation while cleaning a septic tank in Haryana, a neighboring state of Delhi. Earlier this month, seven people died in Gujarat while cleaning the septic tank of a hotel. It has become an everyday phenomenon, almost routine, very often reported in the back pages of the national dailies.

According to Bejwada Wilson of the Safai Karmachari Andolan, WaterAid India’s partner in the movement for stopping manual scavenging in India, one person dies every five days in India while cleaning sewers and septic tanks.1 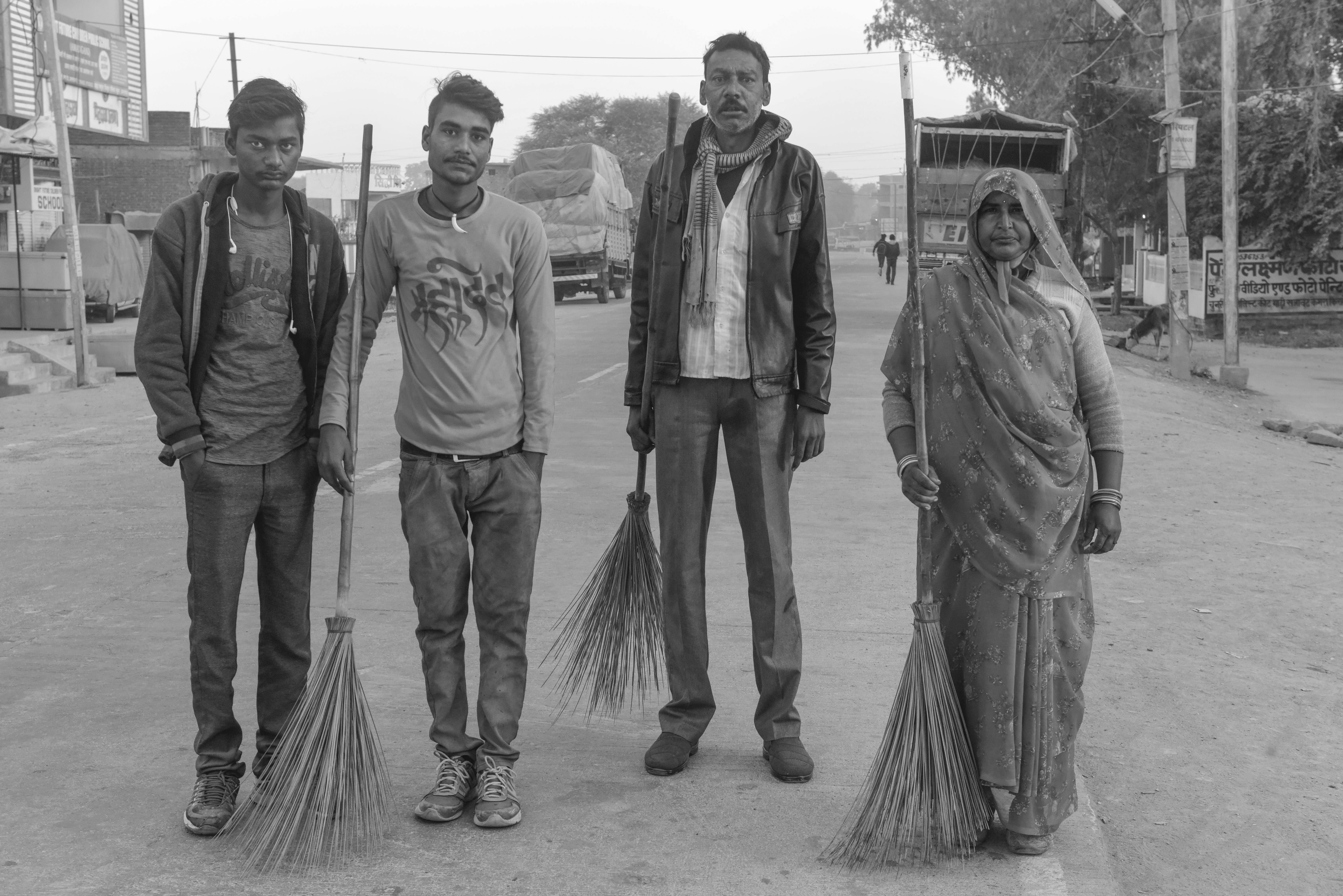 The deaths are not happening through want of laws

Article 15 of the Indian Constitution reads: ‘The State shall not discriminate against any citizen on grounds only of religion, race, caste, sex, place of birth or any of them.’ This critical Article negates all the entrenched practices of descent- and caste-based occupations that dehumanise a significant section of our population. Yet such practices continue.

The first prohibitive law on manual scavenging in India was enacted as early as 1933, even before independence. After a long gap, the first major law was passed in 1993 – The Employment of Manual Scavengers and Construction of Dry Latrines Prohibition Act.

In 2013, this was further strengthened as, The Prohibition of Employment as Manual Scavengers and their Rehabilitation Act (PEMSR), 2013. Eventually, in 2014 the Supreme Court issued an order giving directives for prohibition and rehabilitation of manual scavengers into alternative livelihood options. Since then, there have been specific schemes for economic rehabilitation of these communities.

Yet, as the data suggest, implementation of the law has been poor to say the least. Data also suggest that the money allocated for these schemes has come down drastically from US$82.5 million in 2013–14 to $2.89 million in 2018–19, dropping as low as $0.7 million in 2017–18. Clearly, the political will is missing here.

The situation is particularly serious now because of the recent drive to construct toilets across the country under the Government’s Swachh Bharat Abhiyan (Clean India Mission), through which more than 965 million toilets were built during 2014–19. This drive to construct toilets is a great move but issues like containment of faeces, emptying of sludge and other steps in the sanitation value chain have been largely ignored until now. Moreover, by the Government’s own admission many of these toilets are either single pit toilets or septic tanks – further raising the fear of increased manual scavenging.

Implementation of the law must be strengthened

WaterAid India, along with Association of Rural and Urban Needy (ARUN) and Centre for Equity Studies (CES) and supported by the European Commission – European Instrument of Democracy and Human Rights (EC-EIDHR), is implementing a three-year (2018–21) project on ‘Strengthening rule of law to advance rights and freedoms of Manual Scavengers in India’. The project aims to study issues around implementation of PEMSR 2013 and demonstrate potential community-based measures to strengthen its implementation.

The partners recently conducted two studies, one of which was in six municipalities of four states (Uttar Pradesh, Madhya Pradesh, Bihar and Jharkhand) to review implementation through applications filed under the Right to Information Act. 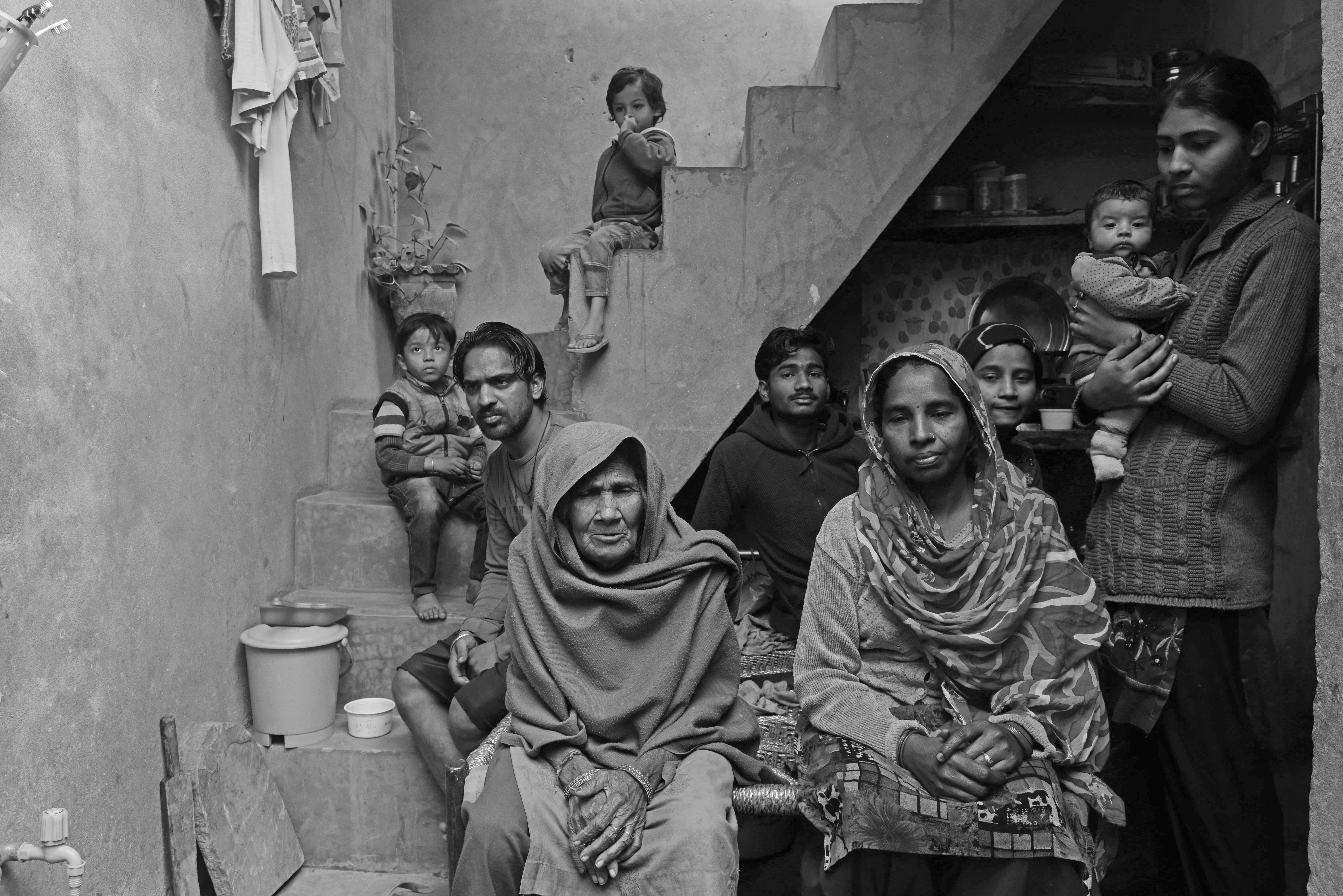 Mukeshdevi and her husband Sukhraj must empty toilets by hand to support her mother-in-law, five children and two grandchildren.
Sudharak Olwe

313 applications were filed and the results were astonishing. While all six municipalities and state responses denied existence of manual scavenging anywhere in these municipalities, data from other Government sources – for example, data furnished on rehabilitation programmes enacted for the manual scavengers, or the numbers counted by an inter-ministerial task force (as many as more than 8,000 in Madhya Pradesh alone) – gave a sharp, contrasting picture.

More pertinently, our other partner ARUN found in its study more than 2,500 dry latrines (which need to be cleaned manually), and more than 1,000 sanitation workers and manual scavengers engaged in different kinds of cleaning jobs.

ARUN’s study (covering 12 districts in four states and more than 1,686 respondents) was also poignant in its finding that more than 92% of dry latrine cleaners were women. They had little access to Government schemes, whether pension, social benefits or educational benefits for their children.

Moreover, what this sharp contrast between Government response and reality betrays is that the very nature of the law tends to make this work invisible and informal. No one wants to officially admit that the workers exist, while the death toll continues to mount every day. 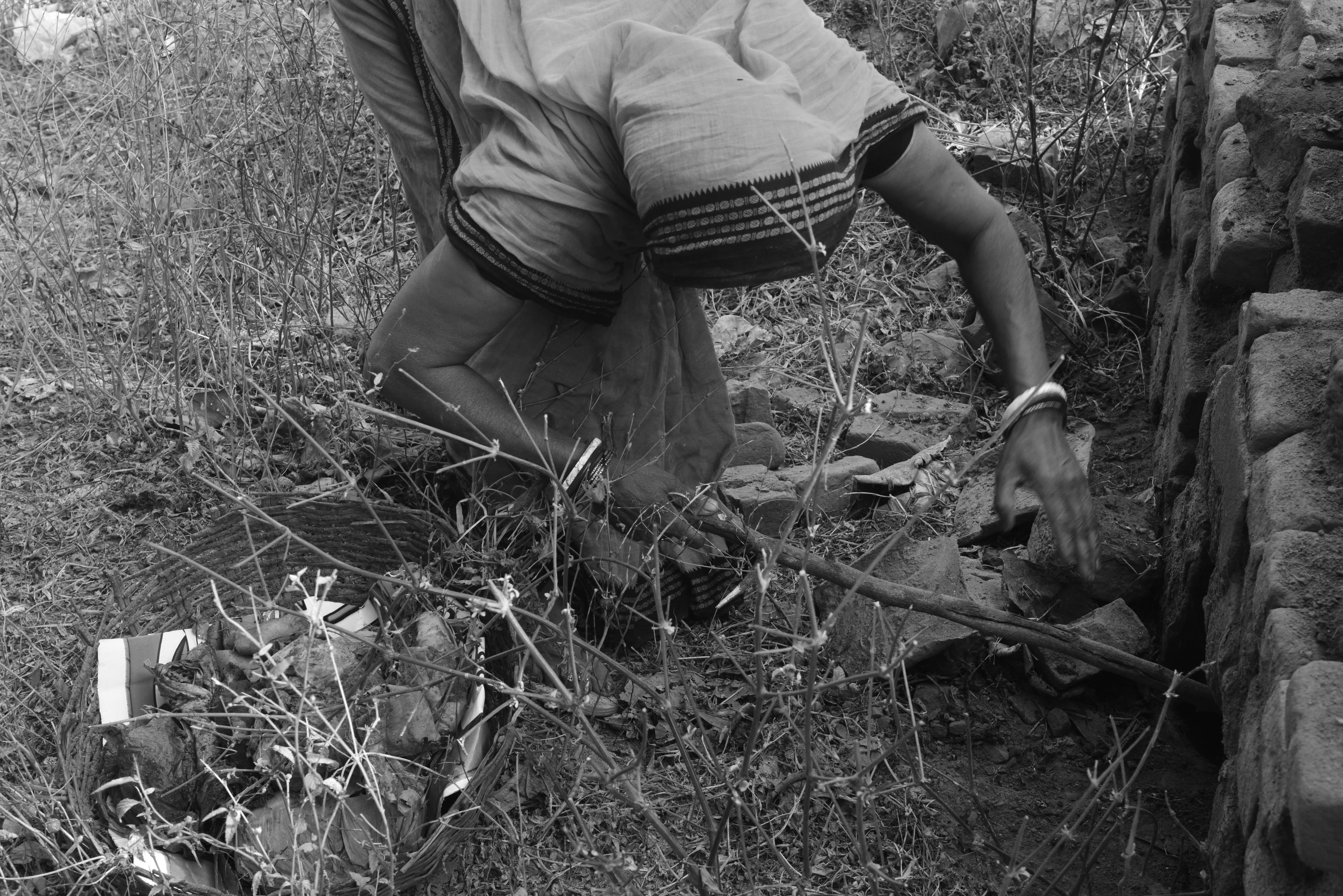 Meenadevi has cleaned dry latrines for 25 years. “With the amount of discrimination we face, what else can we do to feed our stomach. Give us another job and we will leave this one immediately."
Sudharak Olwe

Action on SDG 6 must consider SDG 8

In reaching for SDG 6 – safe water, sanitation and hygiene for all – it is critical to ensure that these services are delivered as per the spirit of Goal 8. They must take into account the principle of ‘full and productive employment and decent work for all women and men’, and ‘protect labour rights and promote safe and secure working environments for all workers, including migrant workers, particularly women migrants, and those in precarious employment.’

Sanitation workers must be recognised as human beings with rights

To this end, WaterAid and our partners will take up this issue at the UN High Level Political Forum. We will push for a greater understanding and commitment to the issue, and to unite all governments in speaking one language, not only to eradicate the inhuman practice of manual scavenging, but also to:

• Recognise sanitation workers as workers and as human beings who have historically been marginalised.

• Formalise their work by providing them with the working conditions and social protection that match their recognition as workers.

• Support their efforts to organise into workers’ groups, so they can amplify their voices and engage in social dialogue, including collective bargaining when appropriate.

Governments and the international community must not allow the deaths of sanitation workers to be commonplace, hidden or otherwise. We cannot be happy to strive for success in one goal at the expense of another, and at the expense of the dignity and human rights of tens of thousands of people.

Avinash Kumar is Director of Programmes and Policy at WaterAid India. He tweets as @AvinashKoomar

Join our side event on SDG 6 and decent work >

Explore our plans for HLPF >

Sudharak Olwe's images featured in a photo stories exhibition Including the Excluded at the India Habitat Centre, in collaboration with WaterAid.

1 Since January 1, 2017, one manual scavenger dies every five days across India, according to data collated by the National Commission for Safai Karamcharis (NCSK), the statutory body for the welfare of sanitation workers.