Who is picking up the bill for climate crisis inertia?

The people who have contributed least to CO2 emissions are feeling the greatest impacts of the world's lack of action on climate change. Are they getting the climate finance they need to adapt to the effects of a warming world? Jonathan Farr sets out the case for redressing the balance for climate justice.

Climate change is happening, and it's happening now – and, unfortunately, everyone who has been raising this issue for the past three decades is bitterly aware of the missed opportunities.

In 2006, Lord Nicholas Stern proposed we invest just one 1% of the UK’s GDP in carbon reduction to avoid paying for the worst impacts of climate change. In the face of the impacts we are seeing today, that would be a bargain for many countries, and yet the world is still falling short of its climate commitments.

The injustice of climate change is that the countries with negligible carbon emissions, such as Rwanda or Mozambique, are having to live with the effects of global warming, and those impacts hit the poorest hardest. Mozambique’s CO2 emissions in 2017 were 7.7 megatonnes. In that same year, the UK – widely seen as making relatively good progress on carbon reduction – released 379 megatonnes of CO2. That’s 50 times as much! Yet in 2018, Maputo, the capital of Mozambique, almost ran out of water following three years of drought. And a year later, the country experienced unprecedented, widespread and devastating flooding.

People feel the effects of climate change mostly through water

It’s not all about national-scale disasters. Many of the impacts of climate change are being felt through water – increasingly severe droughts, flooding, and changes to weather patterns that impact on everyday life. The communities where we work were already struggling, lacking even basic water access, which means people – often women and girls – travelling half an hour or more to an unimproved water source to fetch as much water as they can carry.

Small changes in climate could make the difference between these communities coping and not coping, with women, the very young and the very old, and people living with disabilities usually the first to feel the impacts. It is these people who are having to adapt their lives to climate change, and who have had no choice but to make sacrifices in terms of their health or life chances.

US$100 billion per year was pledged as part of the UN Climate process in recognition that poor countries need support in the face of the climate crisis. So far the world has failed to meet this target. Even the finance that has been spent is not responding to the urgent challenges many communities face. We believe that access to good quality water, sanitation and hygiene (WASH) services must be a feature of any climate-resilient community. But, at present, climate finance is not getting through to where it is needed.

We recently published analysis showing that in some countries only tiny amounts of money are getting through to where they are needed. Ethiopia, for example, the 23rd most climate vulnerable country, sees just $0.39 of climate finance per person per year going to water and sanitation. In Niger, ranked as the second most climate vulnerable country, it is $0.82 per person per year. It cannot be right that the poorest people in countries with negligible emissions are picking up the bill for climate change, and that is why we are calling for a step change in climate finance to support access to safe water in least-developed countries. 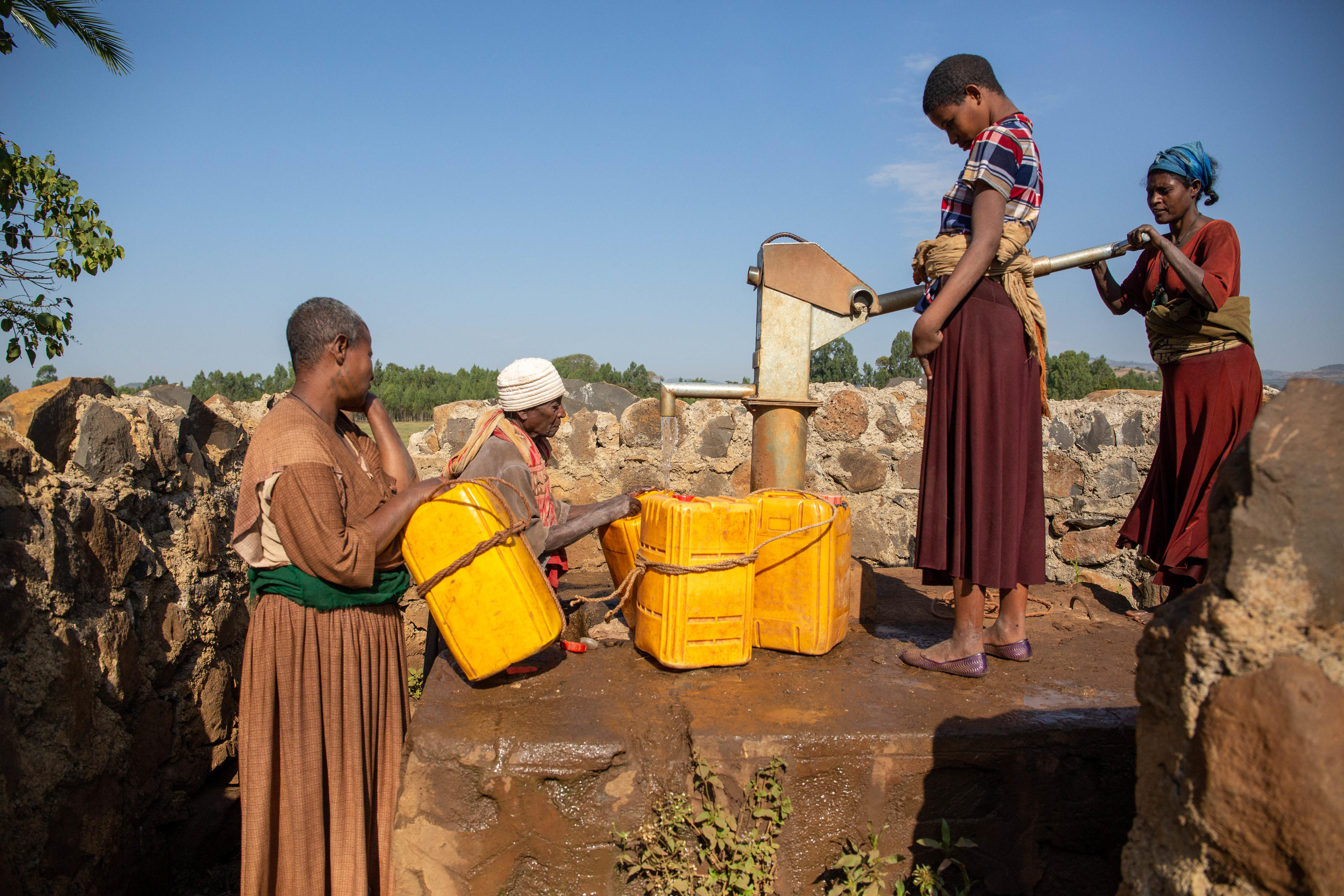 The scale of the challenge is huge. An estimated 2 billion people lack access to safely managed water services, and, as services and resources come under increasing pressure as a result of climate change, we need to see this issue at the top of political agendas, both for national governments and multilateral institutions.

We must cut carbon, but we also need to see international climate finance supporting investment in highly vulnerable communities to realise the full benefits of having clean water close to home, as part of urgent plans that will set them on a firm, resilient footing in the face of a climate crisis they already living with.