Six promising opportunities highlighted at the EU Water and Beyond conference

After an intense and unprecedented four-day EU conference aiming to strengthen cooperation and partnerships on water towards reaching the Sustainable Development Goals and Paris Agreement, Sophie Aujean muses what’s next for European action on water, sanitation and hygiene (WASH).

In May 2019, the former Head of the European Commission (EC) water team shared with us the idea of organising an EU high-level conference on water. The plan then was to host the event six months later, just when the new EC would take office, so that water would be the first topic on which it would be asked to show leadership. Postponed several times, the Water and Beyond conference took place online on 18–21 January. 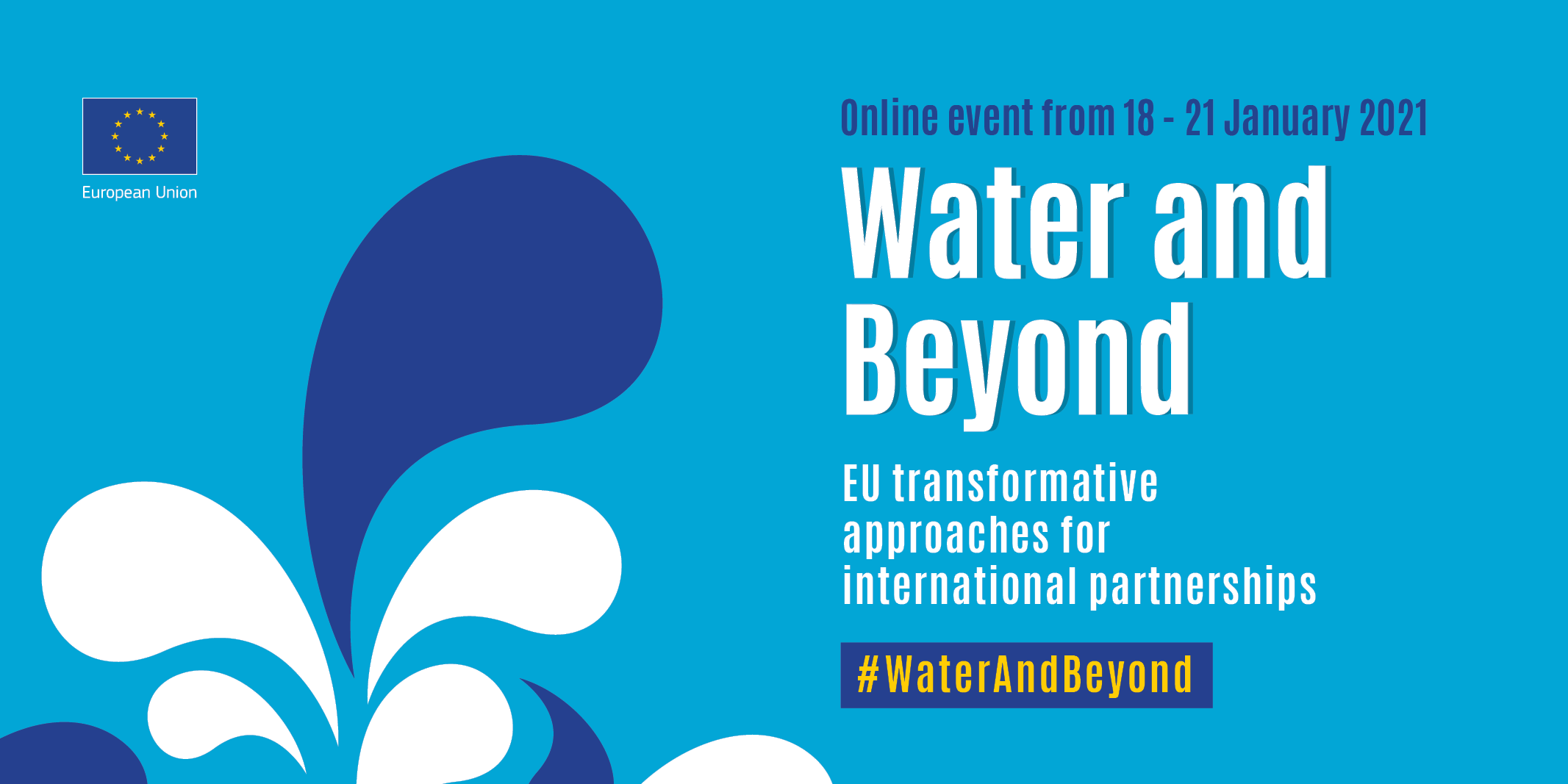 A timely conference for EU programming

It has been one year since Jutta Urpilainen, Commissioner for International Partnerships, began her mandate, but the conference was still very timely. It was the first event hosted by the new DG INTPA – EC Directorate General for International Partnerships, replacing the former DG DEVCO. This change of name from DEVCO to INTPA, and the new organigram, are supposed to reflect the EC’s "strong willingness to move away from a 'donor-recipient relationship' to 'partnerships of equals' with developing countries". It now remains to be seen how those partnerships will unfold.

The first test – and this is another reason why this conference was extremely timely – will be the EU programming exercise setting out EU aid priorities in terms of sectors and countries for 2021–27. This process is currently led by EU delegations, which are deciding on the three sectors they would like to focus on for the next seven years. It was promising that 70 representatives from EU delegations registered for the event, from 47 EU partner countries, including 11 where we operate (Bangladesh, Cambodia, Eswatini, Ghana, India, Mozambique, Nepal, Nigeria, Pacific, Papua New Guinea, Rwanda and Zambia). 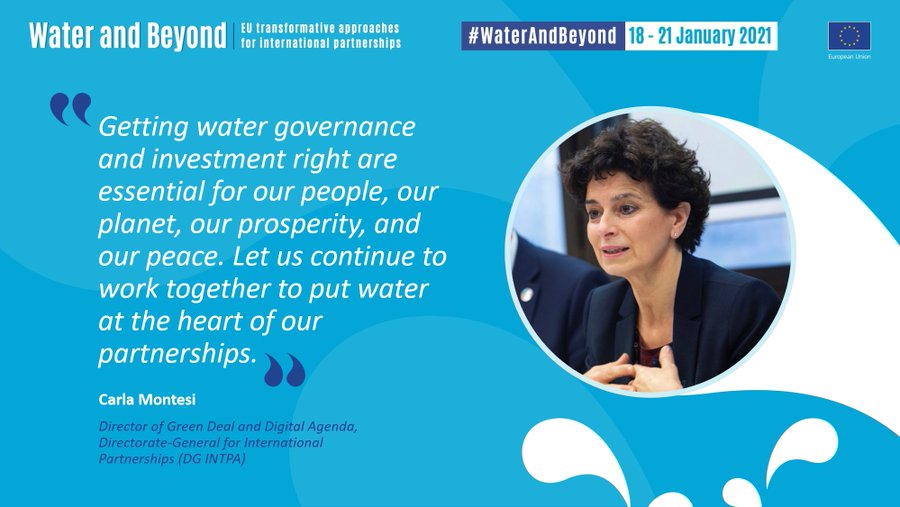 A renewed momentum on water at EU Level

The fact that the event was opened at very high level by Janez Lenarčič, EU Commissioner for Crisis Management, and Stanislav Raščan, Ministry of Foreign Affairs of Slovenia, signals a renewed momentum on water at EU level. Both speakers made it clear that water should be at the top of the EU agenda because of its vital role in achieving the whole 2030 Agenda.

I was glad that the new Chief Executive of WaterAid Sweden also took part in the opening panel, together with the Minister of Water and Sanitation of Senegal, the Secretary of State for Foreign Affairs and Cooperation of Portugal (currently holding the EU Council Presidency), the EU Special Representative for Central Asia and the Vice President of SUEZ Group.

I am also very grateful to our water champions in the European Parliament, who delivered keynote speeches while Parliament was meeting in plenary. The French MEP Chrysoula Zacharopoulou, a gynaecologist, reminded the audience that water is vital to build our resilience to future pandemics and as a tool for human development. The Swedish MEP Pär Holmgren, a meteorologist, opened the session on climate and water, focusing on the needs of climate-vulnerable people to access to WASH.

The cross-cutting nature of water

The conference explored the cross-cutting nature of water through seven sessions, including four that we co-organised. The first focused on human development, featuring speakers from UNICEF, the World Health Organization (WHO), the EU Delegation to Burkina Faso, WaterAid Nepal, and the Cambodian and Moldovan Governments. They highlighted that WASH is vital throughout the life course, to address inequalities and make the most of education, nutrition and health programmes.

Director of the Public Health, Environment and Social Determinants of Health Department of WHO Maria Neira’s message to the EU was crystal clear:

You know the argument: access to WASH is about human development, there's no more cost-effective intervention. It’s now just a question for you to be pragmatic, and you will see enormous benefits in all areas.

On day two we co-organised two sessions with UNECE, on finance and on climate.

It was wonderful to hear Sanitation and Water for All CEO Catarina de Albuquerque’s passionate call:

If there's anything we've learned from 2020, it is that business as usual is not an option. Transformation is the only way forward – and water, sanitation and hygiene are at the heart of how we transform.

Representatives from the French Development Agency, Veolia, the World Bank, the EU Delegation to Lesotho and CSOs looked at the financial landscape for Sustainable Development Goal 6 and options to bridge the financial gap – even more urgent in view of the COVID-19 and climate crises.

I am glad that Henk Ovink, Special Envoy for International Water Affairs of the Netherlands, opened the session on climate, given his Government hosted the Climate Adaptation Summit just a few days later. This session also featured WaterAid Bangladesh and the European Commission DG Climate.

Pedro Arrojo-Agudo, the new Special Rapporteur on the human rights to water and sanitation, opened the last session, focusing on governance. He called on the EU to strengthen the financial capacities of local authorities in charge of WASH, which is a foundation for public health. A useful conversation with the European External Action Service, Aquafed, WaterAid Ethiopia and Women for Water Partnership followed, on our respective roles to address the weak governance of the sector and enforce the human rights to water and sanitation. 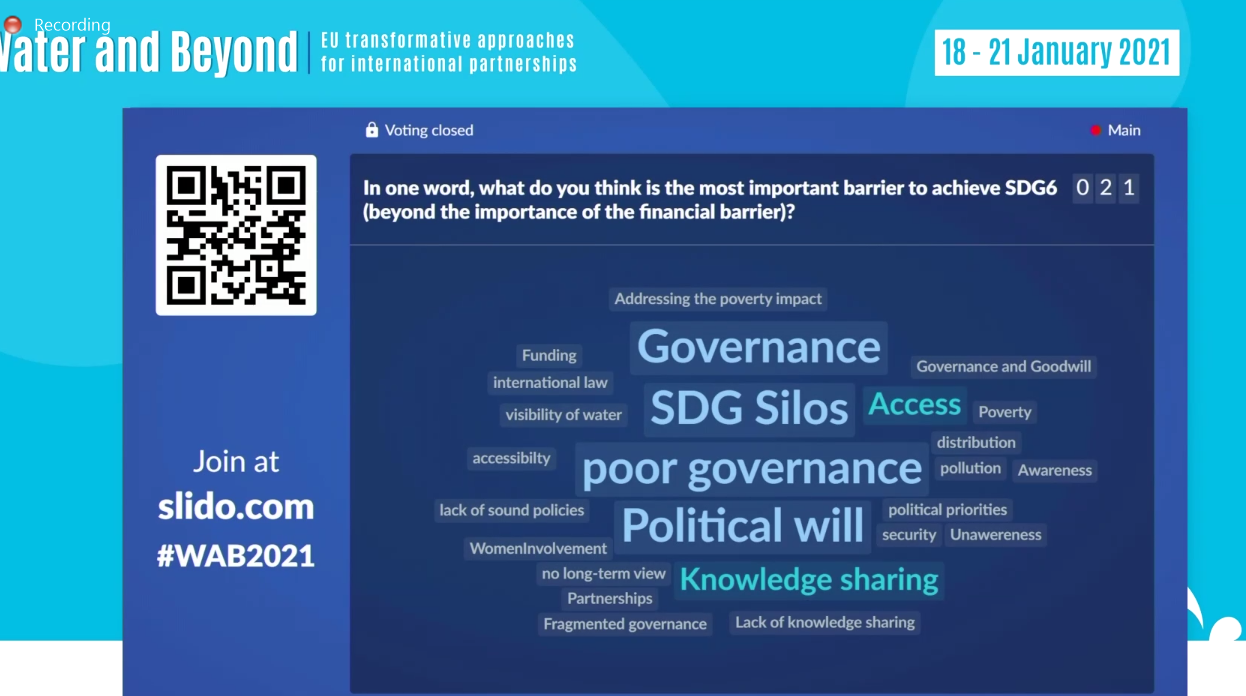 WaterAid
A screenshot showing a word cloud of terms participants chose as the most important barrier to achieving Sustainable Development Goal 6, other than financing.

What’s next now to ensure the EU acts on WASH?

There are several promising opportunities ahead of us:

I am very grateful for the tenacity of the water team in the EC and co-organising partners (UNECE, UNESCO, Borda and Women for Water Partnerships) who made the event happen.

How improving hygiene in West Africa will protect against Ebola, COVID-19 and other health crises

Water, sanitation and hygiene in public places must be improved to support economic development