Will pit emptiers escape the inheritance burden of their jobs for good?

When sanitation services are improved, what happens to the people who rely on the manual work that disappears? Mariam Zaqout discusses an important consideration for the push towards Sustainable Development Goal 6, revealed by her research with sanitation workers in Bangladesh.

In the last decade, many development agencies spent millions of dollars supporting innovation in sanitation technologies to help deliver efficient sanitation services. In faecal sludge management in particular, innovation has included the whole sanitation chain, from the user to treatment or re-use. To transform collection and transport of waste from latrines, diverse mechanised technologies have emerged to fit with regional geographical characteristics and the features of the emptied faecal sludge.

Advances such as the Gulper and Vacutug are aimed at gradually replacing the practice of manual emptying that is widely used in many countries. These technologies offer efficient, cleaner, in some cases cheaper, and easier services than does manual emptying. They also offer more dignified and safe working conditions for the sanitation workers operating them. Many research, policy and practice professionals have welcomed this innovation trend as huge progress in increasing access to safely managed sanitation, towards Sustainable Development Goal 6.2. 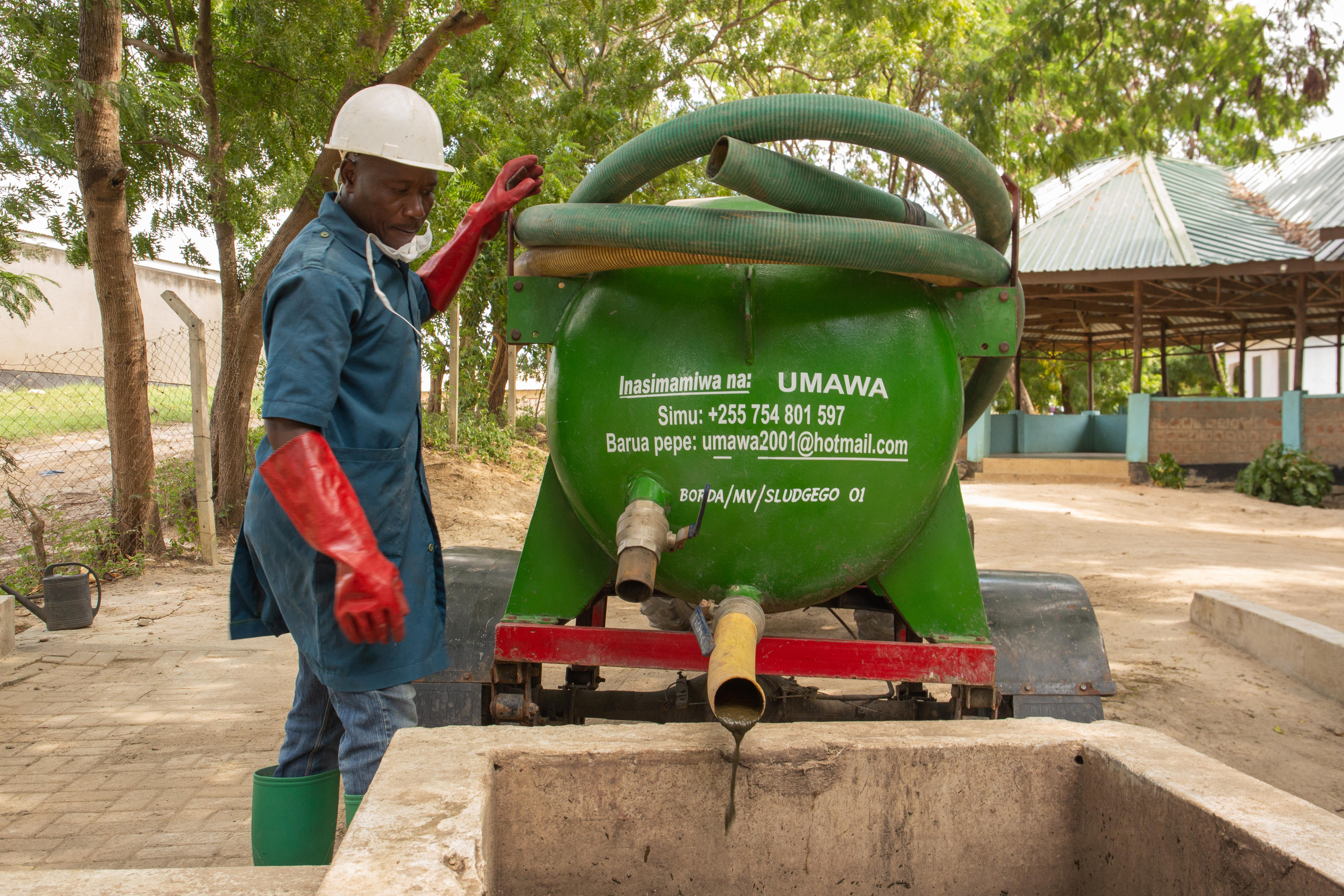 However, adapting to use of mechanised emptying has many shortcomings. For instance, the mechanical technologies are usually difficult and costly to maintain in low-income settings, expensive for service-providers and present technical access challenges in densely populated areas. More importantly, they contribute to job losses for huge numbers of sanitation workers.

Recently, the challenges of pit emptiers have caught the attention of WASH (water, sanitation and hygiene) and human rights researchers and practitioners. They are, rightly, advocating dignified and safe working conditions, because these are the most obvious and pressing challenges the pit emptiers face.

During my masters degree research project I visited Bangladesh to study the wellbeing of pit emptiers. I was mostly devastated by the testimonies of manual pit emptiers, and sometimes amazed by positive changes some were witnessing after switching to work in mechanical emptying.

I spoke to pit emptying workers and other WASH actors to assess the challenges and concerns of manual and mechanical pit emptiers. Our conversations began to show common themes – one after the other, interviewees said that the social stigma and health and safety issues are the priority issues to address. Until, that is, some pit emptiers expressed concerns about job loss due to the spread of mechanical emptying.

Manual emptying of a pit latrine or a septic tank is labour- and time-intensive; one septic tank requires four to six workers and one working day, while mechanically emptying one (using a vacuum tanker, for example) requires two workers and less than three working hours. Mechanised emptying therefore greatly reduces the labour and time needed, leaving behind a number of manual emptiers who have lost their sole income source.

Moving to other jobs is rarely an option

One might ask ‘why do they not move to other jobs or engage in mechanical emptying?’ People occupying manual pit-emptying jobs are usually unable to easily transition to other jobs. Lack of education, vocational training and management skills inhibit workers from seeking other income-generating activities or starting a mechanical emptying business.

The situation is aggravated by manual pit emptiers’ social status and marginalisation. They suffer social exclusion and marginalisation because of the nature of their work, compounded by, in many countries, such jobs being occupied by people in the lowest social class or caste. When I asked a group of pit emptiers in Khulna, Bangladesh, about other alternative work, their leader said, “This is a hereditary job, and this is all we do. It is not easy for us to get jobs since we are known as sweepers. We are also forced to do this work because it pays more than other odd jobs, so our children can do better jobs in the future.”

Another pit emptier in Dhaka, the capital, also highlighted the challenge of seeking other work, “Our biggest issue now is that previously we had so much work to clean septic tanks but now we get maybe one in two or three years. So many people are working and so we are earning less. And now since everyone knows us as sweepers for ages, what else would we do? Who would take us with no other qualities?” 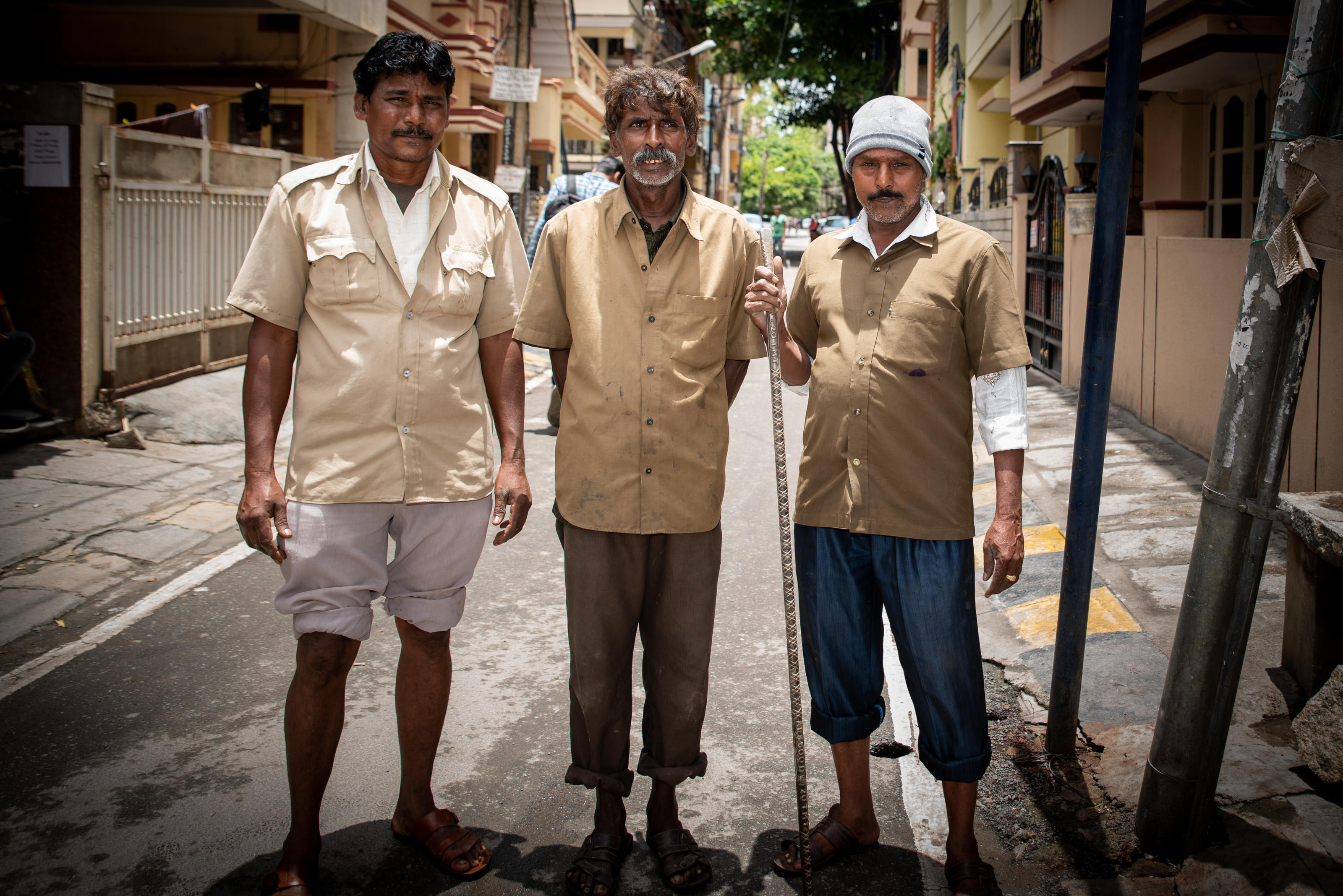 Going beyond health, safety and dignity

Recent reports highlight the need to protect the health, safety and dignity of pit emptiers who are to remain in this job. However, I am aiming to shed light on a second-generation issue. No estimates exist of the total numbers of people working in pit and septic tank emptying, but Bangladesh alone has around 5 million sweepers and pit emptiers. Striving for cleaner sanitation solutions must therefore go hand in hand with supporting people to continue working. There is a need to absorb into alternative jobs the people forced to stop their manual sanitation work.

Seeking other employment is challenging, requiring workers to overcome both the skills gap and the social stigma against people occupying these jobs. To support workers, efforts from development partners could include: creating more jobs in the sanitation sector as a transition to broader job alternatives; encouraging entrepreneurship; giving access to microfinance; and supporting workers’ unions to advocate pit emptiers’ rights. The question remains: will pit emptiers escape the burden of inheritance of their jobs for good?

Read our research report The health, safety and dignity of sanitation workers, published with the World Bank, the World Health Organization and the International Labour Organization.

Explore the lives of sanitation workers through our interactive story feature >

Mariam Zaqout is a PhD candidate at the University of Leeds. Follow her on Twitter at @ZaqoutMariam and WaterAid global policy, practice and advocacy at @WaterAid.

Global Handwashing Day: a chance to seize political will and fund hand hygiene for all